I’ve recently realized that 2018 is THE year of movie releases.There’s so many book-to-movie adaptations (especially YA), my childhood is returning to the screen, and there’s at least one movie coming out this year for plenty of fandoms. I created a thread on Twitter of my most anticipated releases and will definitely be going back to add more on– feel free to comment what films you’re looking forward to this year there as well!

Since today’s Top Five Wednesday prompt is a freebie, instead of going back and choosing an old topic, I’m going to be discussing my current top 5 anticipated movies of 2018.

Love, Simon (March 16) – It’s absolutely crazy to think that we’re only 10 days away from Love, Simon, the adaptation of Becky Albertalli’s Simon vs. the Homo Sapiens Agenda. I am here to admit that I am jealous of anyone who’s been able to see an advanced screening (why of all days did I have to have night class and miss the one closest to me??).

Ready Player One (March 29) – I’ve just finished reading Ernest Cline’s Ready Player One, so I’m prepared to see its film adaptation soon or NOW. Like most book-to-movie adaptations, I feel like there could be a few changes between the two: I think the movie will favor action over the instances where Wade is watching old movies and TV shows or trying to think his way through the Hunt.

Ocean’s Eight (June 8)- Ocean’s Eleven is one of my favorite movies, and I am more than ready for Ocean’s Eight female take and kickbutt cast! I cannot wait to see their heist at the Met Gala play out, and I ’m interested to see Danny Ocean’s role in the film.

Incredibles 2 (June 15)– While I love Disney, I am a Pixar girl at heart. The Incredibles is one of my favorite childhood movies (along with with every Pixar film ever), and it’ll definitely be a family movie day. 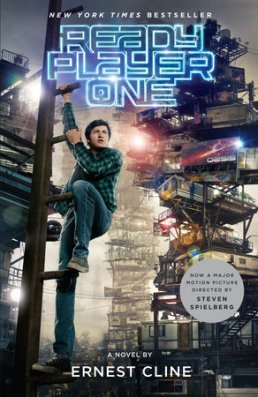 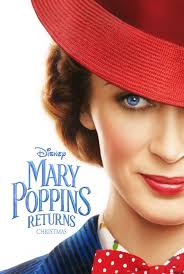 To All the Boys I’ve Loved Before (TBD)– To All the Boys I’ve Loved Before is only an honorable mention for the time being because we don’t have a release date just yet. Amidst all the YA releases coming out this year, I wouldn’t be surprised if the movie didn’t come out until 2019, but I would love a fall or winter release (but summer would be an amazing choice too).

The Crimes of Grindelwald (November 16)– I was pleasantly surprised by how much I loved Fantastic Beasts and Where to Find Them. I get a bit nervous about new stories in the Harry Potter world, case in point being The Cursed Child.  However, I am interested to see where Fantastic Beasts will take us and Dumbledore’s role in it all.

Top 5 Wednesday is a collaborative group of book bloggers from various platforms who love sharing lists on Wednesdays. The T5W group can be found here on Goodreads.

If you’re still wondering where my spending money in 2018 will be going, I think it’s safe to say that it’ll be going straight to my local movie theater.

What movies are you looking forward to this year? Share in the comments!