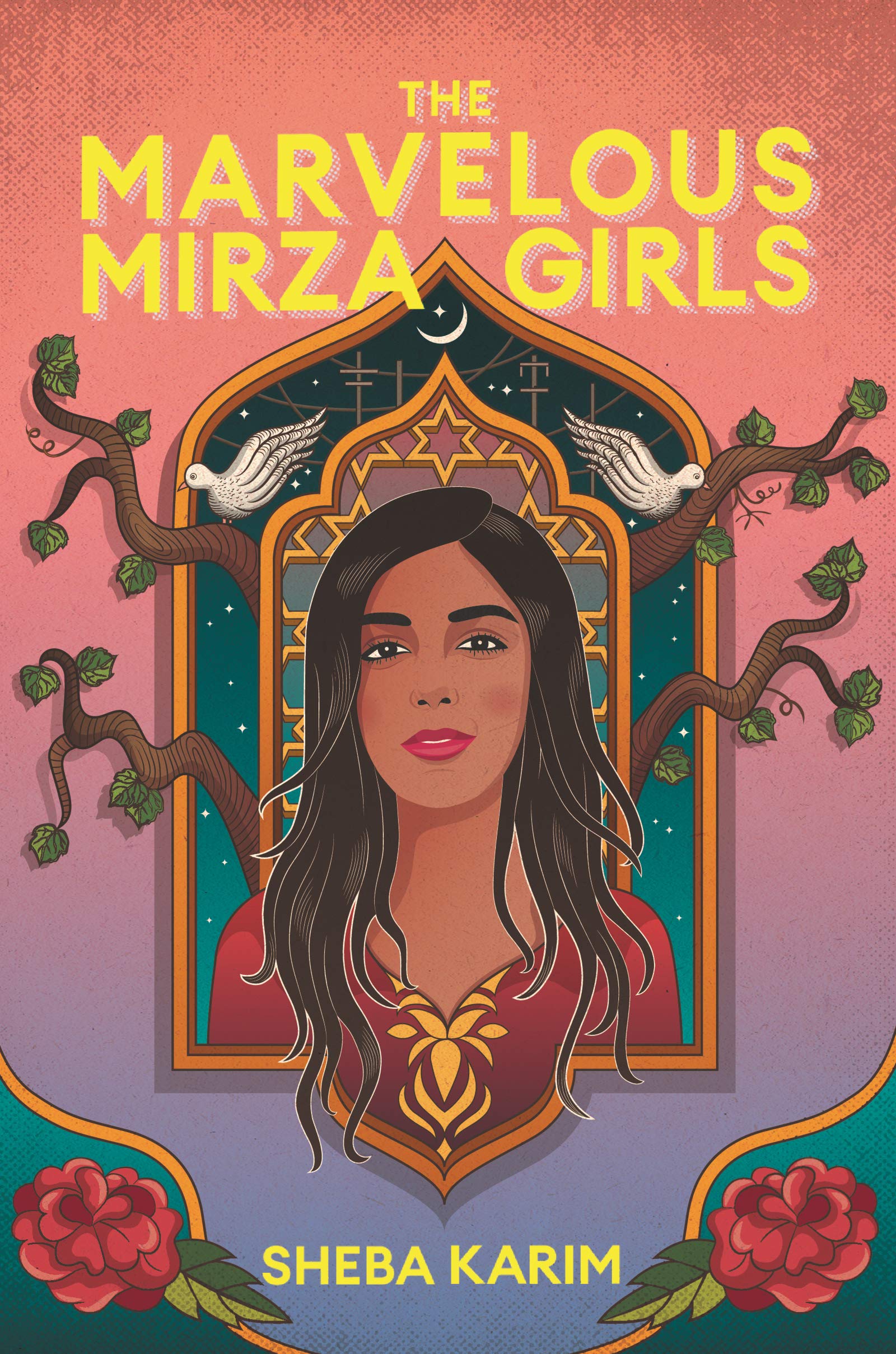 To cure her post–senior year slump, made worse by the loss of her aunt Sonia, Noreen is ready to follow her mom on a gap year trip to New Delhi, hoping India can lessen her grief and bring her voice back.

In the world’s most polluted city, Noreen soon meets kind, handsome Kabir, who introduces her to the wonders of this magical, complicated place. With Kabir’s help—plus Bollywood celebrities, fourteenth-century ruins, karaoke parties, and Sufi saints—Noreen begins to rediscover her joyful voice.

But when a family scandal erupts, Noreen and Kabir must face complicated questions in their own relationship: What does it mean to truly stand by someone—and what are the boundaries of love?

In a world where we are traveling less than we used to, I’ve been really attracted to books taking place in other countries than the US, which helped lead me to Sheba Karim’s The Marvelous Mirza Girls. A year after the loss of her aunt Sonia, Noreen decides to take a gap year in between high school and college and join her mother on a work trip to New Dehli for a few months. There, Noreen meets Kabir, who shows her various sites around New Dehli to help Noreen confront her grief and learn more about her culture.

The Marvelous Mirza Girls has so many great elements that were all really well-balanced. Noreen is a writer and dreams of writing a TV show one day, but has struggled to write since the unexpected death of her aunt Sonia. The book starts off a year after Sonia’s death, and Noreen remains in deep grief. Her mother, Ruby, hopes that a change in location to New Delhi will help lift both their spirits and get Noreen back to writing. I’m usually hesitant about comparing books to TV shows, but The Marvelous Mirza Girls completely deserves the Gilmore Girls comparisons. Ruby and Noreen have such a relaxed, yet strong mother-daughter dynamic. They both easily agree to spending some of Noreen’s gap year in New Dehli together, they talk about dating and relationships with ease, and like Lorelai and Rory, they have a penchant for junk food. I also thought Noreen’s grief and emotions surrounding her aunt’s death were well developed. With each site Kabir takes Noreen to, she works through her grief and feels a closer connection to her aunt. The book also somewhat delves into Noreen’s relationship with her estranged father, making Noreen all the more grateful for her relationship with her mother. I loved the emphasis and inclusion of positive female relationships, especially between a mother and daughter.