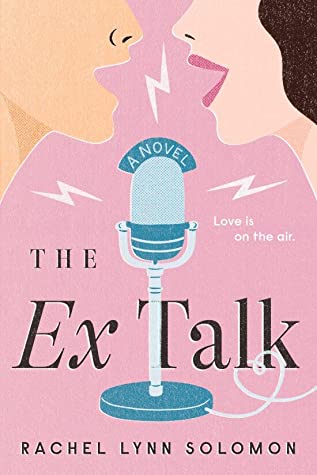 Shay Goldstein has been a producer at her Seattle public radio station for nearly a decade, and she can’t imagine working anywhere else. But lately it’s been a constant clash between her and her newest colleague, Dominic Yun, who’s fresh off a journalism master’s program and convinced he knows everything about public radio.

When the struggling station needs a new concept, Shay proposes a show that her boss green-lights with excitement. On The Ex Talk, two exes will deliver relationship advice live, on air. Their boss decides Shay and Dominic are the perfect co-hosts, given how much they already despise each other. Neither loves the idea of lying to listeners, but it’s this or unemployment. Their audience gets invested fast, and it’s not long before The Ex Talk becomes a must-listen in Seattle and climbs podcast charts.

As the show gets bigger, so does their deception, especially when Shay and Dominic start to fall for each other. In an industry that values truth, getting caught could mean the end of more than just their careers.

I knew Rachel Lynn Solomon’s first adult contemporary romance, The Ex Talk, would likely become my favorite books of 2021, & I was absolutely correct with my prediction! As one of my favorite YA authors, I was so excited for Rachel Lynn Solomon to break out into my other favorite genre, contemporary romance. Set in a Seattle public radio station, workplace enemies Shay and Dominic are tasked to take their dislike for one another and pretend to be exes on a new dating show in hopes of boosting the station’s ratings.

The Ex Talk was an absolute perfect contemporary romance because it balanced one of my favorite tropes, enemies-to-lovers, a unique premise, and other elements surrounding relationship development and personal growth. I guess The Ex Talk could technically also fall into the fake dating trope, since Shay and Dominic pretend to have dated, so they can act as exes hosting a radio show about dating, but I still say it’s an enemies-to-lovers because they are so annoyed with another at the beginning. Shay can’t stand how Dominic mentions his grad degree in journalism at any given moment (as a recent post undergrad & current grad student, I’m so used to this.. and probably done it a little bit myself…) and seems to have taken over the station despite working there for such a short time, while Dominic can’t stand how Shay is so stuck in her ways at the station. Their sarcasm and humor always had me laughing or smiling from the start. While I loved their dialogue throughout, I especially loved the transcripts of their radio show episodes. It really made me want someone to make The Ex Talk into a fictional podcast!

END_OF_DOCUMENT_TOKEN_TO_BE_REPLACED 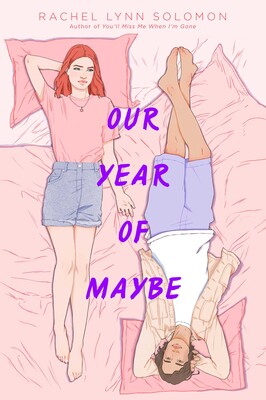 Aspiring choreographer Sophie Orenstein would do anything for Peter Rosenthal-Porter, who’s been on the kidney transplant list as long as she’s known him. Peter, a gifted pianist, is everything to Sophie: best friend, musical collaborator, secret crush. When she learns she’s a match, donating a kidney is an easy, obvious choice. She can’t help wondering if after the transplant, he’ll love her back the way she’s always wanted.

But Peter’s life post-transplant isn’t what either of them expected. Though he once had feelings for Sophie too, he’s now drawn to Chase, the guitarist in a band that happens to be looking for a keyboardist. And while neglected parts of Sophie’s world are calling to her—dance opportunities, new friends, a sister and niece she barely knows—she longs for a now-distant Peter more than ever, growing increasingly bitter he doesn’t seem to feel the same connection.

Peter fears he’ll forever be indebted to her. Sophie isn’t sure who she is without him. Then one blurry, heartbreaking night twists their relationship into something neither of them recognizes, leading them to question their past, their future, and whether their friendship is even worth fighting for.

I really enjoy YA contemporaries that focus more on friendship and family dynamics rather than romance (don’t get me wrong, I still LOVE a good YA romance). I really enjoyed Rachel Lynn Solomon’s You’ll Miss Me When I’m Gone and her 2020 release, Today Tonight Tomorrow, was my favorite book of the year. As one of my new favorite authors, I knew I had to read the only book of hers I hadn’t yet read, Our Year of Maybe. I was gifted a copy of the recently released paperback editio, which looks so good on one of my contemporary bookshelves!

Back to the book, Our Year of Maybe follows forever best friends and neighbors, Sophie and Peter. While Peter & Sophie have always been super close, from always hanging out to putting on performances for their families as Sophie dances and Peter plays piano, their friendship goes to the next level when Sophie donates her kidney to Peter. Peter has a chronic kidney disease, but after a successful transplant from Sophie, he’s able to go back to school and live his life outside of the confines of his house and his parents’ strict rules. But as Peter makes new friends without Sophie and Sophie gets swept into dance team and picturing a new life for herself, the two have to deal with their feelings for another.

I know that was a lot to unravel about the book, but in short, Sophie and Peter at a few points in their relationship have had more-than-friends feelings for one another, but the lines between genuine love for each other as friends vs. romantic feels get even more muddy after Sophie donates her kidney to Peter and Peter begins to form new relationships and discover a new life for himself. By the end of the book, Sophie and Peter are both such different people. I really liked seeing their transformation, especially for Sophie, who often adapted her social life and future plans for Peter’s sake.  END_OF_DOCUMENT_TOKEN_TO_BE_REPLACED

Summary (From the publisher): 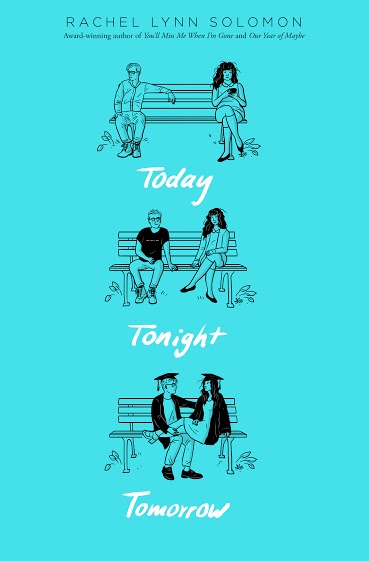 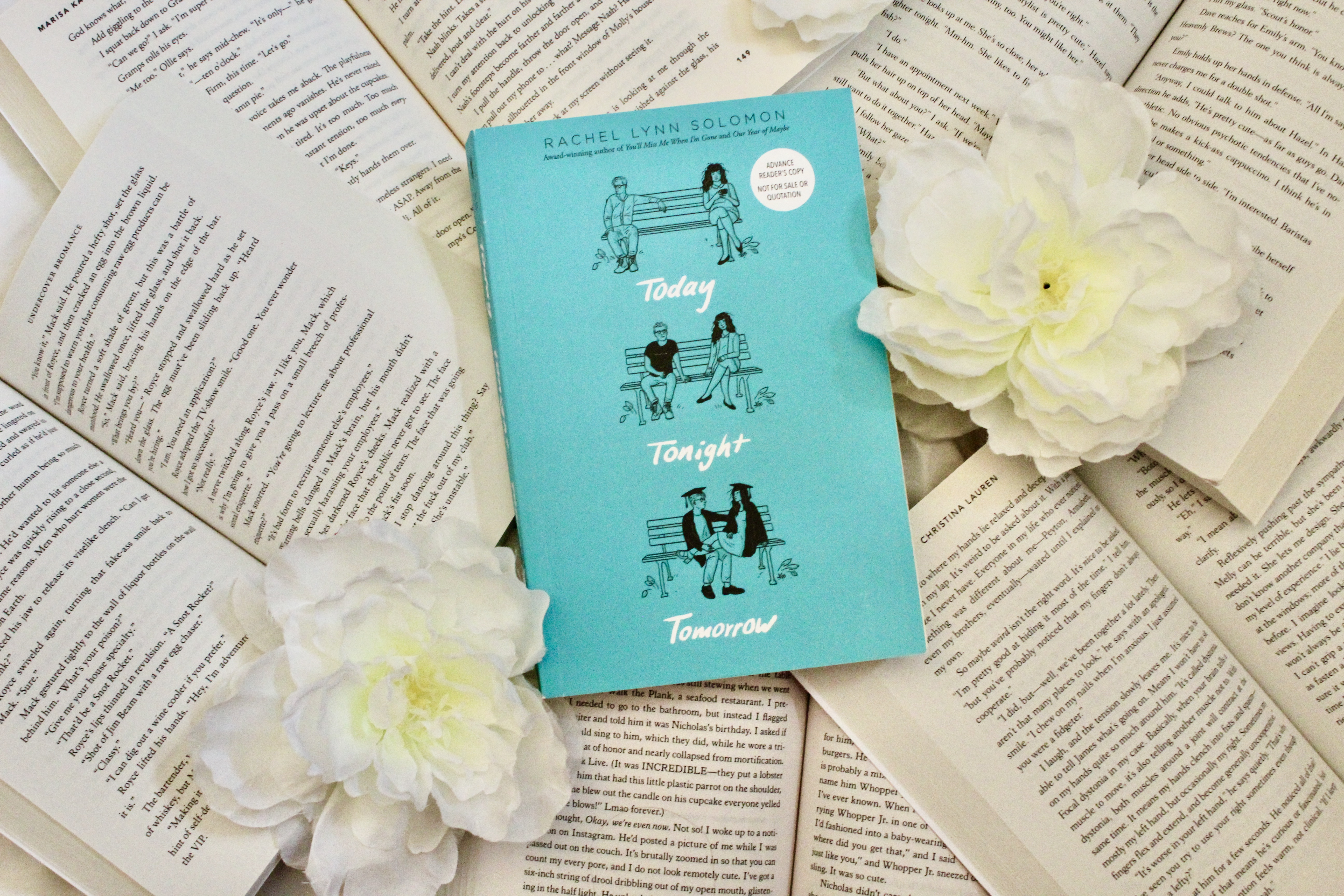 END_OF_DOCUMENT_TOKEN_TO_BE_REPLACED

As per usual, my April reading was filled with contemporary books, but I did manage to squeeze in a thriller. Today I’ll be sharing my thought on a YA contemporary, a way-more-popular-than-I-thought thriller, and a recent contemporary romance. 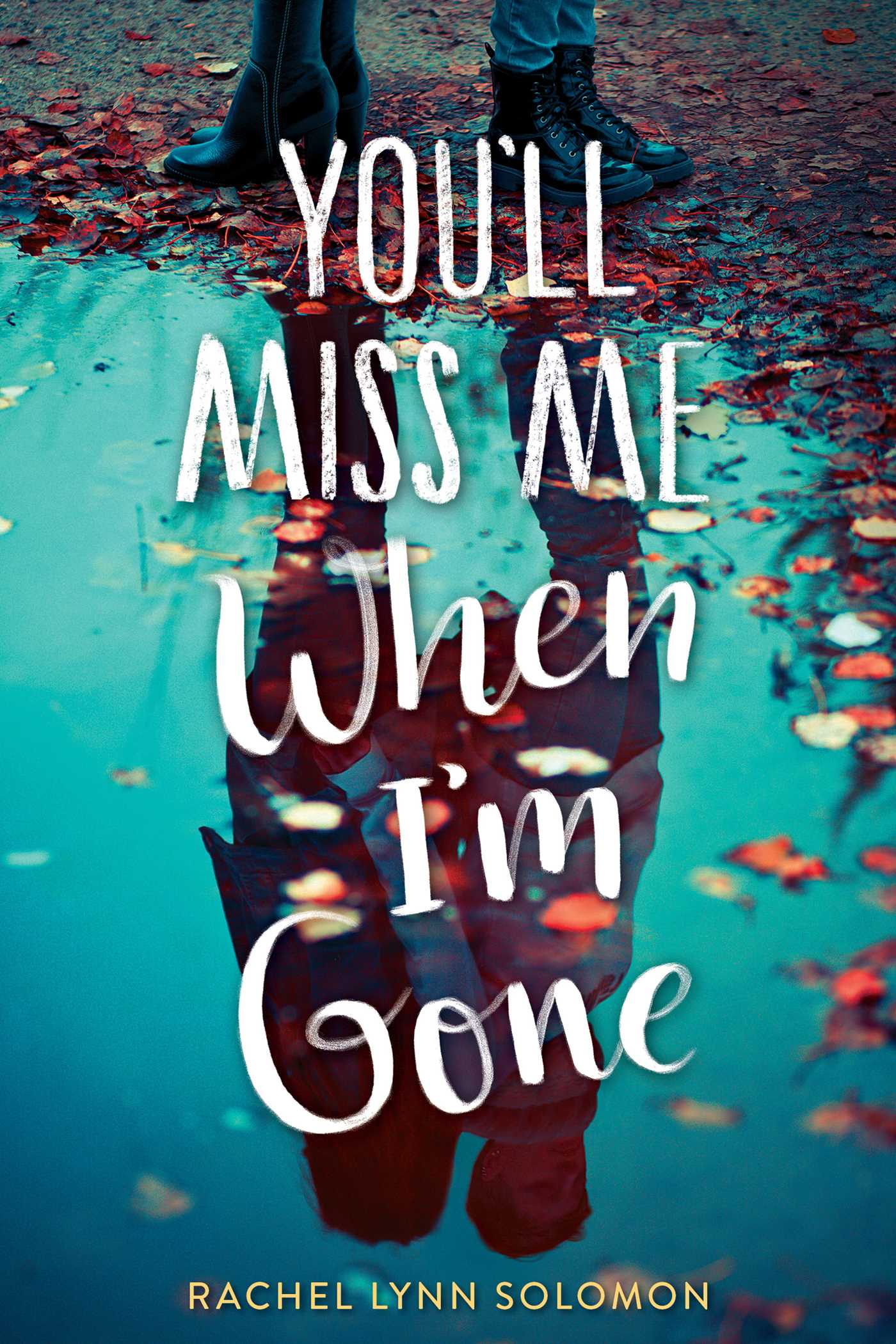 Rachel Lynn Solomon’s You’ll Miss Me When I’m Gone had been on my TBR for what feels like forever. Between my excitement for her upcoming release, Today Tonight Tomorrow, and my need to buy all the contemporary books, I decided to finally pick up a copy! You’ll Miss Me When I’m Gone follows twin sisters, Tovah and Adina, who are not the best terms in the slightest bit. Having completely different personalities and passions (viola for Adina, science for Tovah), the two decide to take a genetic test to see if they test positive for Huntington’s Disease, which has wrecked their mother’s health over their high school careers. While one twin tests negative, the other tests positive.

I enjoyed You’ll Miss Me When I’m Gone for its plot and focus on family and growth. I also enjoyed Rachel Lynn Solomon’s writing style and see myself diving into the rest of her books! This book is truly a growing up story, as Tovah and Adina are forced to reanalyze their plans for college and the future in light of what they learn from the test. I haven’t read a book before that featured a character with Huntington’s Disease, and I felt like I learned a lot. The book had really great and in-depth Jewish representation. Adina and Tovah’s family are conservative Jewish. While Tovah embraces her faith and traditions, Adina struggles to do so in light of all the hardship her and her family has experienced over the years. END_OF_DOCUMENT_TOKEN_TO_BE_REPLACED

One of my favorite YA books of 2021 comes out next week: Becky Albertalli’s KATE IN WAITING! Becky Albertalli’s latest release follows high school senior, theatre nerd, & Jewish teen Kate. Kate and her best friend, Andy, have had the crush on the same guy from theatre camp which is fine… until Matt shows up on the first day of school. As the 3 work on the school musical together, the two are left to discover if either of their feelings for Matt are unrequited after all.
Rainy days like today call for an addicting read or two, & I know I’m going to be hooked by Rachael Lippincott’s THE LUCKY LIST! This June 1st release takes place over a whirlwind summer, following Emily’s quest to complete her late mother’s senior year summer bucket list with Blake, a girl who’s just moved back to town. As the girls complete the bucket list, Emily feels closer to her mom & also begins to feel closer to Blake in a way she wasn’t expecting. Thank you to @simonteen for sending this one my way!
Happy book birthday to Anne-Sophie Jouhanneau’s KISSES AND CROISSANTS! This YA contemporary following Mia’s summer at a ballet school in Paris was the perfect blend of Anna & the French Kiss and Disney+‘s On Pointe documentary series. I posted my full review on the blog yesterday.
Starting off this Monday with a library haul! I did a mini library haul over spring break before I head back to school this week.
Smiling because I have my most anticipated YA book of the year from one of my favorite authors & I’ll be a certified English teacher in a month ☀️🌸
posted my March 2021 TBR on the blog yesterday morning, only to pick up 2 more books that I didn’t mention up from the library later in the afternoon & am now over 150 pages into the book I wasn’t sure I was going to have time to read this weekend ☺️😂