Quinn keeps lists of everything—from the days she’s ugly cried, to “Things That I Would Never Admit Out Loud” and all the boys she’d like to kiss. Her lists keep her sane. By writing her fears on paper, she never has to face them in real life. That is, until her journal goes missing . . .

Then an anonymous account posts one of her lists on Instagram for the whole school to see and blackmails her into facing seven of her greatest fears, or else her entire journal will go public. Quinn doesn’t know who to trust. Desperate, she teams up with Carter Bennett—the last known person to have her journal—in a race against time to track down the blackmailer.

Together, they journey through everything Quinn’s been too afraid to face, and along the way, Quinn finds the courage to be honest, to live in the moment, and to fall in love.

If you’re looking for YA contemporary that mixes adorable YA romance with real themes, look no further than Joya Goffney’s Excuse Me While I Ugly Cry. The book follows high school senior, Quinn, a girl who just kept seem to tell the truth unless in it’s in her notebook. Quinn keeps lists about everything, from things she’d never admit out loud to everything that annoys her about one of her classmates, Carter. When someone gets a hold of the notebook and threatens to blackmail Quinn, like exposing her fake college acceptance and her help vandalizing a fellow classmate’s artwork, she has to team up with Carter to figure out who has the notebook. 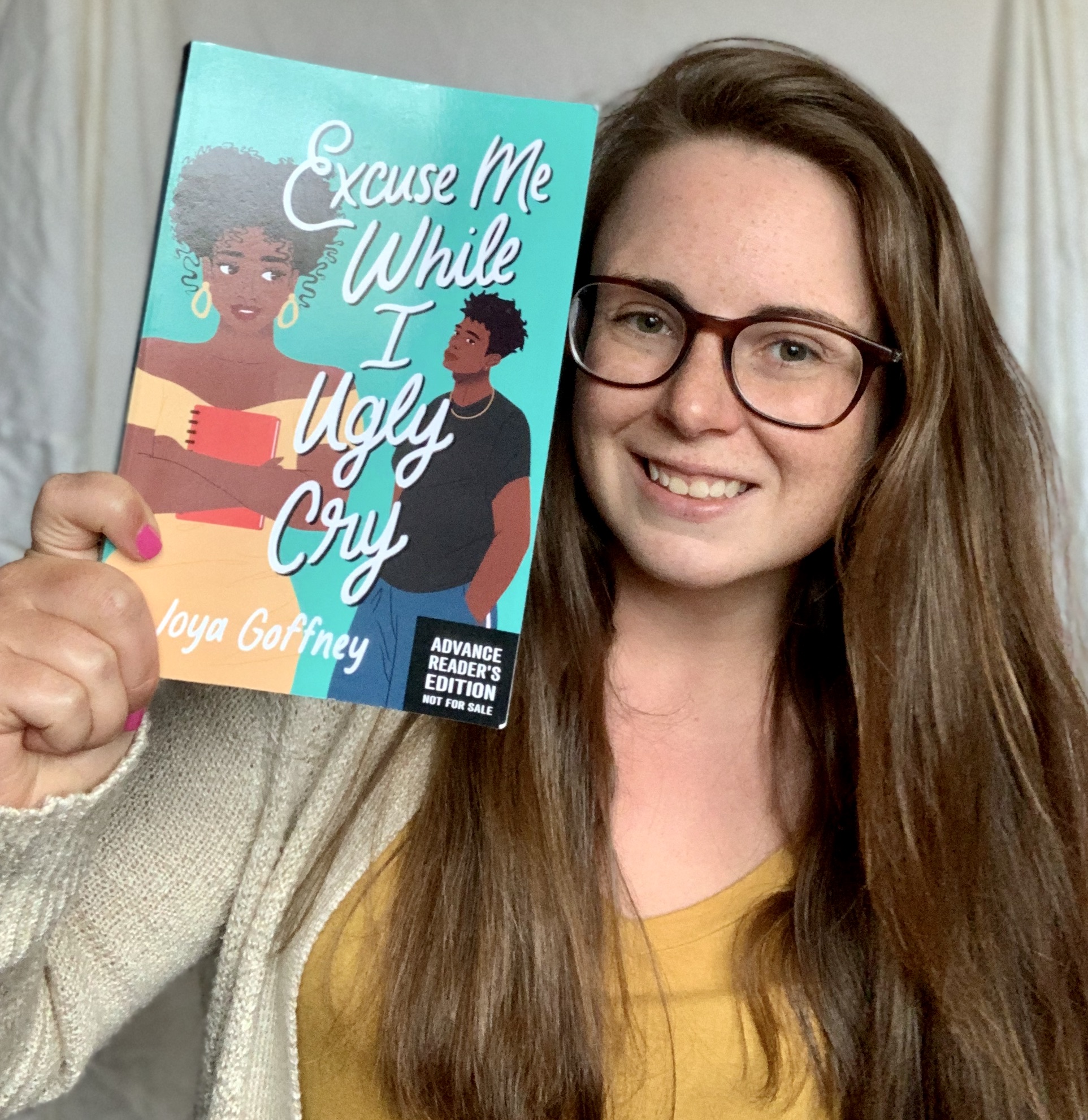 I liked Excuse Me While I Ugly Cry’s balance between cute YA and serious themes surrounding race. The book has slight To All the Boys I’ve Loved Before vibes, between Quinn’s notebook/notes being stolen and having to team up with a guy she never would’ve imagined spending time with, let alone developing feelings for. Quinn identities as Black, and much of the book revolves around a really horrible incident with two friends involving racial stereotypes and the Quinn’s feeling that she isn’t “Black” enough based on the things people say about her. Quinn has tough conversations with her parents, new friends, and ex-friends about race, and the book provides a ton of perspective on prejudice and micro-aggressions.

While I appreciated the book’s themes and I especially loved Quinn and Olivia’s friendship, I had trouble really getting into Quinn’s mindset. I think there was too much going with plot, between her relationship with her parents, their own relationship problems, her grandmother’s health, Carter, her crush on Matt, college, and friendships. It was almost hard to understand why she lied so much about what was going on in her life & her feelings. Although I liked having a glimpse into all of these elements of Quinn’s life, it was often difficult to keep track of characters and some of these factors felt surface-level, despite the book’s conversation surrounding race.