I realized in 2020 that I am way more of a TV person than a movie person. Some of you might know from reading my TV posts or monthly wrap up posts that TV tends to be go-to way to relax during busy points in the school year, since I’m sometimes too tired to focus on reading, but don’t feel like going to bed just yet. I think nearly all of us leaned into television more than usual in 2020 for stay-at-home reasons. Since I do watch so much TV, I really tried to limit my absolute FAVORITES…which means that there is quite a lengthy honorable mentions list included in this post.

Cheer (Netflix) – I’ve really come to love Netflix’s docuseries, including Cheer, which follows a competitive junior college cheerleading team. I’m a huge fan of this production’s team other Netflix docuseries, Last Chance U. They do such an incredible job of capturing these sports realities that aren’t generally understood by the everyday person. Both Cheer and Last Chance U follow junior college sports, cheerleading and football respectively, and the incredibly competitive atmosphere and setbacks experienced by those athletes.

Never Have I Ever (Netflix) – I love, love TV shows that manage to make me laugh and cry, and Never Have I Ever was the perfect culmination of those feels. The show follows Indian American high schooler Devi, who’s dealing with the unexpected loss of her father while navigating high school dating and social life. Definitely stick out the beginning of the first episode – it takes a bit to get used to the narrating style, but this show is SO worth it. If you love YA books, you’ll LOVE this show.

Sex Education S2 (Netflix) – One of my best friends & I managed to binge-watch the second season of Sex Education in a matter of days in the beginning of the spring semester. I didn’t think this show could get better, but season 2 had such great character development, plot, and so many surprises.

Beauty and the Baker (Amazon Prime) – All the hype surrounding ABC’s rom-com series, The Baker and the Beauty, did not lead me to watching the show (I did watch the first 2 episodes and just couldn’t get into it), but instead led me to watch the original Israeli romantic comdey show it was inspired by, Beauty and the Baker. Beauty and the Baker was one of my favorite quarantine binge-watches, and was genuinely so funny. I watched the English subtitled version on Amazon Prime. I’m holding out hope that they’ll include the show’s third season on there as soon as it premieres in Israel. END_OF_DOCUMENT_TOKEN_TO_BE_REPLACED

Even though I feel like I dedicated more time to reading, given the amount of books I read, I also dived into a lot of TV this year. I’m always on the hunt for TV shows that I know I’ll likely enjoy from the get-go or will only take a few episodes to get into. With a few exceptions, the biggest theme of my TV watching in 2019 was watching shows with episodes between 20-20 minutes. I feel like I watched a lot of shows in 2018 and even earlier in the year that were hitting the near the 60 minute mark, so I think my head was just ready for some lighter and shorter episodes. As per usual, comedy also made up most of my watching.

I’m likely going to say this about nearly every show on this list, but I love everything about Derry Girls! This show is set in 1990s Ireland and follows a group of very dysfunctional friends growing up in Derry. Only six episodes per season at 25 minutes each, I highly recommend binge-watching both seasons available on Netflix over one day—even though you’ll be on one of the worst TV show hangovers after. 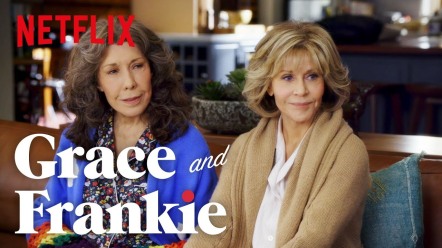 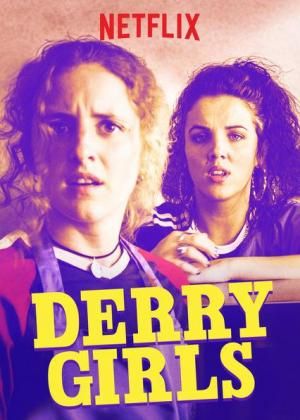 My friends kept telling me watch Sex Education back in March and I’m so glad they did. The premise- a socially awkward teenager provides sex guidance to his classmates inspired by his growing up with his sex psychologist of a mother- completely sold. I’m so excited for season 2 in January.

I spent June and July absolutely obsessed with Grace and Frankie. The show had been on my radar for a while and I can’t believe I didn’t watch it sooner because it’s become one of my all-time favorite shows. Grace and Frankie is one of the few shows that is guaranteed to make me laugh out loud every episode. I recently got my best friend to watch it, and it’s been so fun re-following it along wit her. I definitely see myself rewatching a few episodes before Season 6 premieres in January.

Workin’ Moms was the first show I dived into when I moved back home for the summer. The show follows a group of friends who are all dealing with the challenges of being working mothers while also finding themselves in a wide range of shenanigans and relationship problems. There’s definitely some mature content, aka sex, in this one that makes for a lot of funny moments. This is another gem that my best friend and I are both obsessed with.  We texted non-stop when S2 dropped this summer, and we had both finished S3 during by the second weekend of the fall semester. We’re unfortunately in for the long haul when it comes to S4 being available in the US, since it airs first on CBC and then goes to Netflix US after. It’s set to air in Canada during winter 2020, which means we likely won’t have it in the US until 2021.

If I can only show one show on this list to have the next season immediately, I would hands-down choose The Politician S2. I loved everything about this dreamed, and it definitely reignited my celeb crush on Ben Platt. Its 40+ minute episodes had me hooked throughout each episode. It definitely has a bizarre moment or two- it truly is a blend of AHS, Glee, and American Crime Story meeting high school politics- but it works so, so well! I’ve also been listening to the music/covers from the show non-stop. I’m so happy that we only have to wait until June for S2.

Considering that I’ve only watched three episodes so far, I am cheating a bit with The Marvelous Mrs. Maisel, but how could I not love the latest season of one of my all-time favorite TV shows?? Based on what I’ve watched so far, I’m once again in love with the cinematography and how much this show gives me Gilmore Girls vibes. I’m also so interested in each other character’s development this season, and I really don’t know what to expect from Midge and Joel’s relationship.