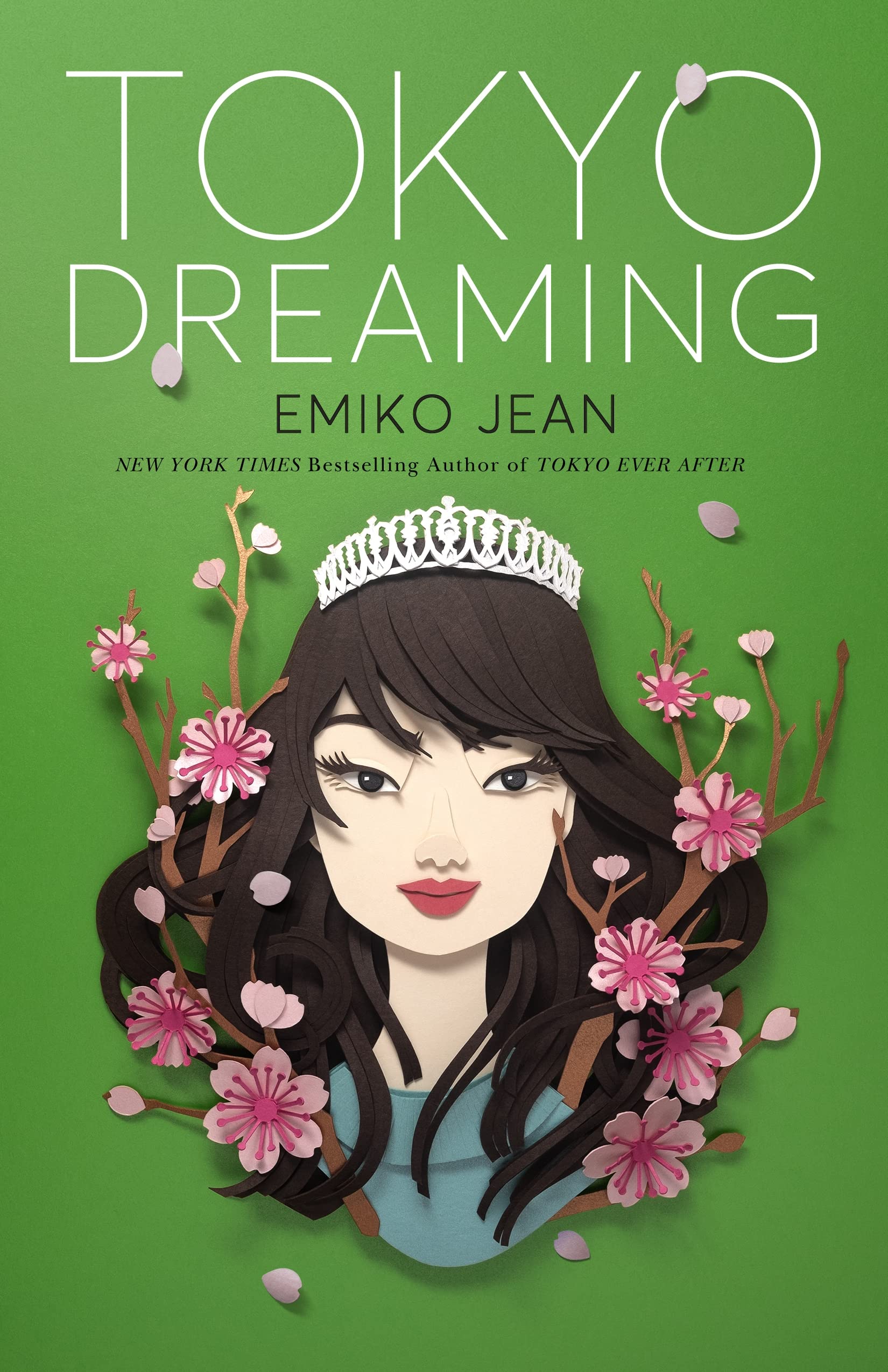 Summary (from the publisher):
When Japanese-American Izumi Tanaka learned her father was the Crown Prince of Japan, she became a princess overnight. Now, she’s overcome conniving cousins, salacious press, and an imperial scandal to finally find a place she belongs. She has a perfect bodyguard turned boyfriend. Her stinky dog, Tamagotchi, is living with her in Tokyo. Her parents have even rekindled their college romance and are engaged. A royal wedding is on the horizon! Izumi’s life is a Tokyo dream come true.

Her parents’ engagement hits a brick wall. The Imperial Household Council refuses to approve the marriage citing concerns about Izumi and her mother’s lack of pedigree. And on top of it all, her bodyguard turned boyfriend makes a shocking decision about their relationship. At the threat of everything falling apart, Izumi vows to do whatever it takes to help win over the council. Which means upping her newly acquired princess game.

But at what cost? Izumi will do anything to help her parents achieve their happily ever after, but what if playing the perfect princess means sacrificing her own? Will she find a way to forge her own path and follow her heart?

Fun fact about me: one of my first ever YA series was Meg Cabot’s Princess Diaries series – I think I got through the first few books in fourth or fifth grade until the books got a little too mature for me at the time. I feel like I haven’t read anything like it until reading Emiko Jean Tokyo Ever After, following high school senior Izumi, who finds out after discovering a love poem to her mother that the biological father she’s never knew is the Crown Prince of Japan. If you love Katharine McGee’s American Royals series, then you must read Tokyo Ever After & its recently released sequel, Tokyo Dreaming. Spoiler alert that this review will contain minor spoilers for Tokyo Ever After, aka this is your sign to pick up that book if you haven’t already.

Tokyo Dreaming picks up a few months after the events of Tokyo Ever After, as Izumi plans to begin her post high school life in Japan, with a lot of pressure to attend college there. What makes this decision a little less scary is her father’s proposal to her mother…until the imperial council decides that her scholarly, American mother is an unstable wife for the crown prince. Between her parents’ dilemma & her boyfriend’s unexpected decision regarding their relationship, Izumi decides it’s time to step up and act as the princess that the people expect her to be, in order to win over the council about her parents’ engagement.

Tokyo Dreaming was such an addicting read, full of drama, Japanese culture, and so much more. I loved the introduction of a new character, Eriku, a tutor to help Izumi getting into the University of Tokyo and who plays a key role in Izumi presenting herself as a princess. I so loved Eriku and Izumi’s time together, especially their trip to Tokyo Disney. Aside from Izmui of course, there’s also much character development surrounding the characters, including Izumi’s parents and her dreaded cousins, Akiko and Noriko. We also get to see Izumi’s best friend, Noora, who is slightly taken aback by Izumi’s dedication to the imperial family. Like Tokyo Ever After, the book explores Izumi’s dedication to her family & role as a princess vs. what she wants as an individual person.

I really liked how Tokyo Dreaming wrapped up Izumi’s world and the place we leave her…although I could SO use another book, just for fun and wanting to revisit this world again. Overall, if you love royal-inspired reads, this series is a must read!

This review is based on an advance reading copy provided by the publisher. By no means did receiving this ARC affect my thoughts or opinions.

One thought on “A MUST READ YA: Tokyo Dreaming Review”