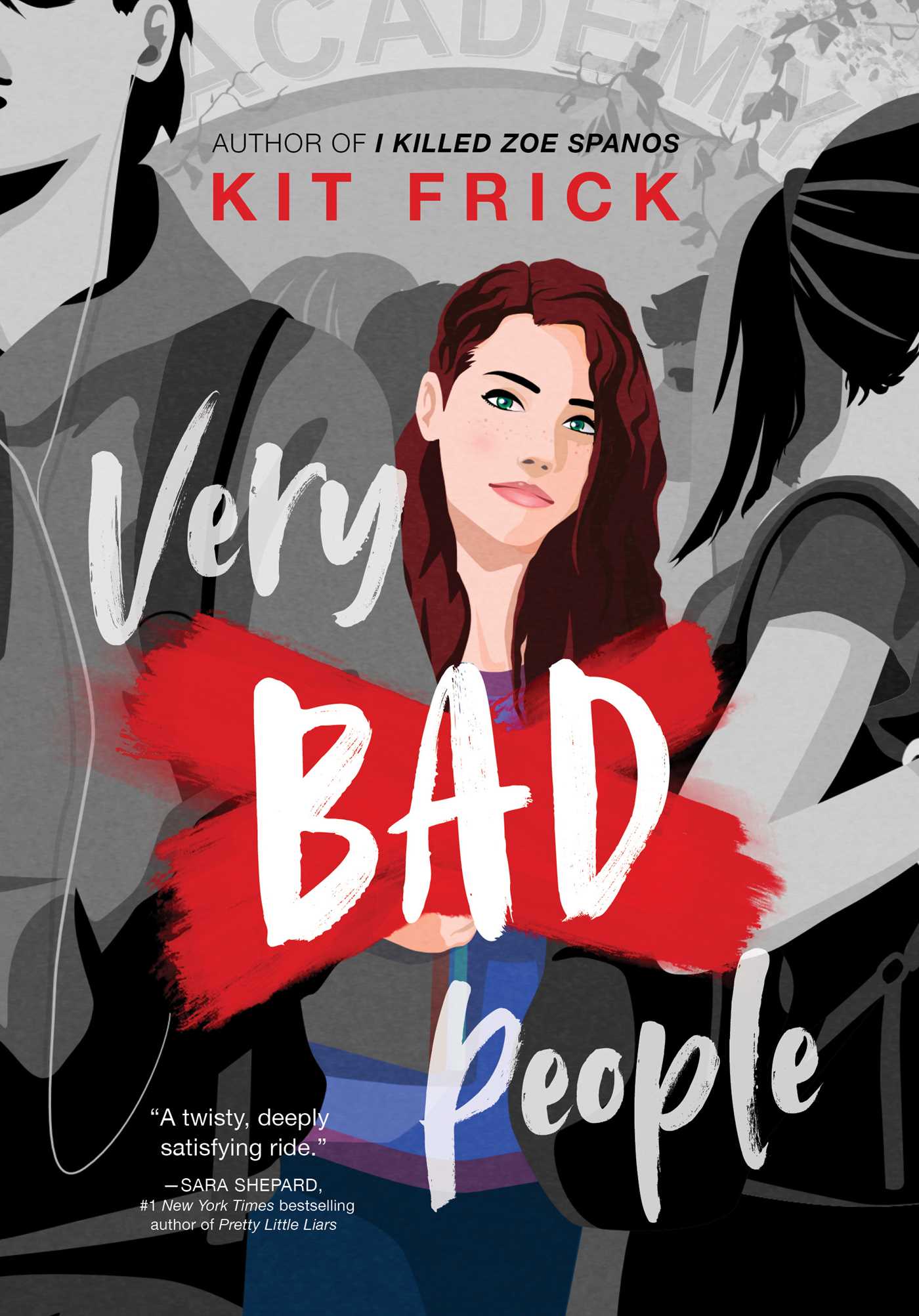 Summary (from the publisher): Six years ago, Calliope Bolan’s mother drove the family van into a lake with her three daughters inside. The girls escaped, but their mother drowned, and the truth behind the “accident” remains a mystery Calliope is determined to solve. Now sixteen, she transfers to Tipton Academy, the same elite boarding school her mother once attended. Tipton promises a peek into the past and a host of new opportunities—including a coveted invitation to join Haunt and Rail, an exclusive secret society that looms over campus like a legend.

Calliope accepts, stepping into the exhilarating world of the “ghosts,” a society of revolutionaries fighting for social justice. But when Haunt and Rail commits to exposing a dangerous person on campus, it becomes clear that some ghosts define justice differently than others.

I had been on a YA mystery & thriller kick and after finishing Holly Jackson’s  A Good Girl’s Guide to Murder and not having the sequel on hand, I immediately needed another YA mystery. I was fortunate enough to have an ARC of Kit Frick’s Very Bad People and wow, this book couldn’t have come at a better time. Kit Frick & had always been on my TBR radar, since I killed Zoe Spanos was everywhere in 2020 (update that since reading Very Bad People, I’ve also read I killed Zoe Spanos & really enjoyed that one too!) , so I knew I had to check out her books.

A YA murder mystery meets thriller, Very Bad People is set at a Hudson River Valley private school, Tipton Academy, following our main protagonist, sixteen year old Calliope. Years ago, Calliope’s mother drove herself, Calliope, and Calliope’s two younger sisters, Lorelei and Serafina, into a lake in their family minivan. Calliope and her sisters survived, but her mother unfortunately passed and no foul play was suspected. In an effort to get away from the small town she’s always known and try to solve the mystery behind her mother’s death, Calliope attends the same private high school that her mother attended. Calliope is soon recruited into a secret society that fights for social justice on campus. As Calliope digs into her mother’s mystery and the society’s plans to expose scandals at Tipton escalate quickly, Calliope begins to question if she’s meant to be at Tipton and what’s at stake.

I was absolutely hooked to Very Bad People, devouring it in less than 24 hours. The book was so fast-paced. Whenever I contemplated putting it down, something would happen or a revelation would be shared that made me continue to read. I absolutely loved the world-building. What can I say, an elite private school setting always pulls me in. I loved getting to learn more about Calliope’s family and the many layers of what happened on the day her mother died. Although Calliope is away at school, she talks to her sisters often and tries to convince her sister, Lorelei, to help her solve what may have caused her mom to drive into the lake and what Lorelei remembers.

The novel is really driven by Calliope’s quest to find out if there was any foul play behind her mother’s death and Calliope’s entrance into the secret society, Haunt and Rail. The society prides itself on bringing justice to many issues on campus, but as expected, the club is not as a moral as it seems to be and has rumored connections to the death of a student years ago. The two plot lines do crossover, and it was fun trying to put the puzzle pieces together myself. The book really deals with the moral gray area, and I really enjoyed the questions about morality and doing what’s right. Without spoilers, most of the books I read have clear cut endings, but the ending of Very Bad People still has me thinking!

Overall, I really enjoyed Very Bad People! It was such an addicting read and its ending will leave readers thinking about the book long after reading the last page.

This review is based on an advance reader’s copy provided by the publisher. By no means did receiving this ARC affect my thoughts or opinions.

Is Very Bad People on your TBR? Have you read I killed Zoe Spanos or Kit Frick’s other books? What are some of your favorite YA thrillers & mysteries? Share in the comments!