Everyone knows that contemporary is my forever reading mood, but it seems like contemporary is going to be the theme of reading especially in April. Today, I’ll be sharing thoughts on a few books I finished up in late March and kicked off my reading with in April, including books about a month-long adventure in Italy, a very popular book with a library filled with alternate realities, and a much-loved British contemporary.

Our Italian Summer by Jennifer Probst

Due to the lack of travel IRL right now, I’ve recently been reaching for books set in other countries – and apparently books set in Italy! I loved Lori Nielsen Spiegelman’s The Star-Crossed Sisters of Tuscany back in January, and I had been craving another light and fluffy read in that setting ever since. One of my favorite authors and Instagram-book-recommenders, Emily Henry, posted about Jennifer Probst’s Our Italian Summer this year and I was instantly hooked in its synopsis. Told from the perspective of three generations of women from the same family, Our Italian Summer follows grandmother Sophia’s request that her daughter, Francesca, and granddaughter, Allegra, spend a month in Italy together learning about their culture and more importantly, trying to fix Francesca and Allegra’s dynamic.

This book instantly transported me to Italy and made me want to travel there even more. The descriptions of all the places the Ferrari women visit were so detailed and fully immersed me into the country – I especially now want to visit Rome and Capri… not to mention eat ALL the bread and pasta. I liked the focus on relationship development and growth, as Francesca and Allegra try to reconcile their issues between Francesca’s workaholic tendencies and Allegra’s recent rule (& slightly law)-breaking habits. While Francesca was often in the wrong, there were definitely times when I wanted Sophia to stand up more to Allegra about the way she treated her mother .There’s also some romance, as Francesca and their tour guide bond and Allegra spends time with a cute Irish companion. If you loved the first season of RomComPods, you’ll especially love Francesca’s relationship with the tour guide. This didn’t affect my review of the book necessarily, but I thought there was a slightly weird emphasis on looks, or how certain characters, including Francesca and the male love interests, were described as ‘average’ or ‘not traditionally beautiful’. Overall, Our Italian Summer was such a light-hearted read exploring mother-daughter dynamics that makes me want to book a flight to Italy for a month ASAP!

The Midnight Library by Matt Haig 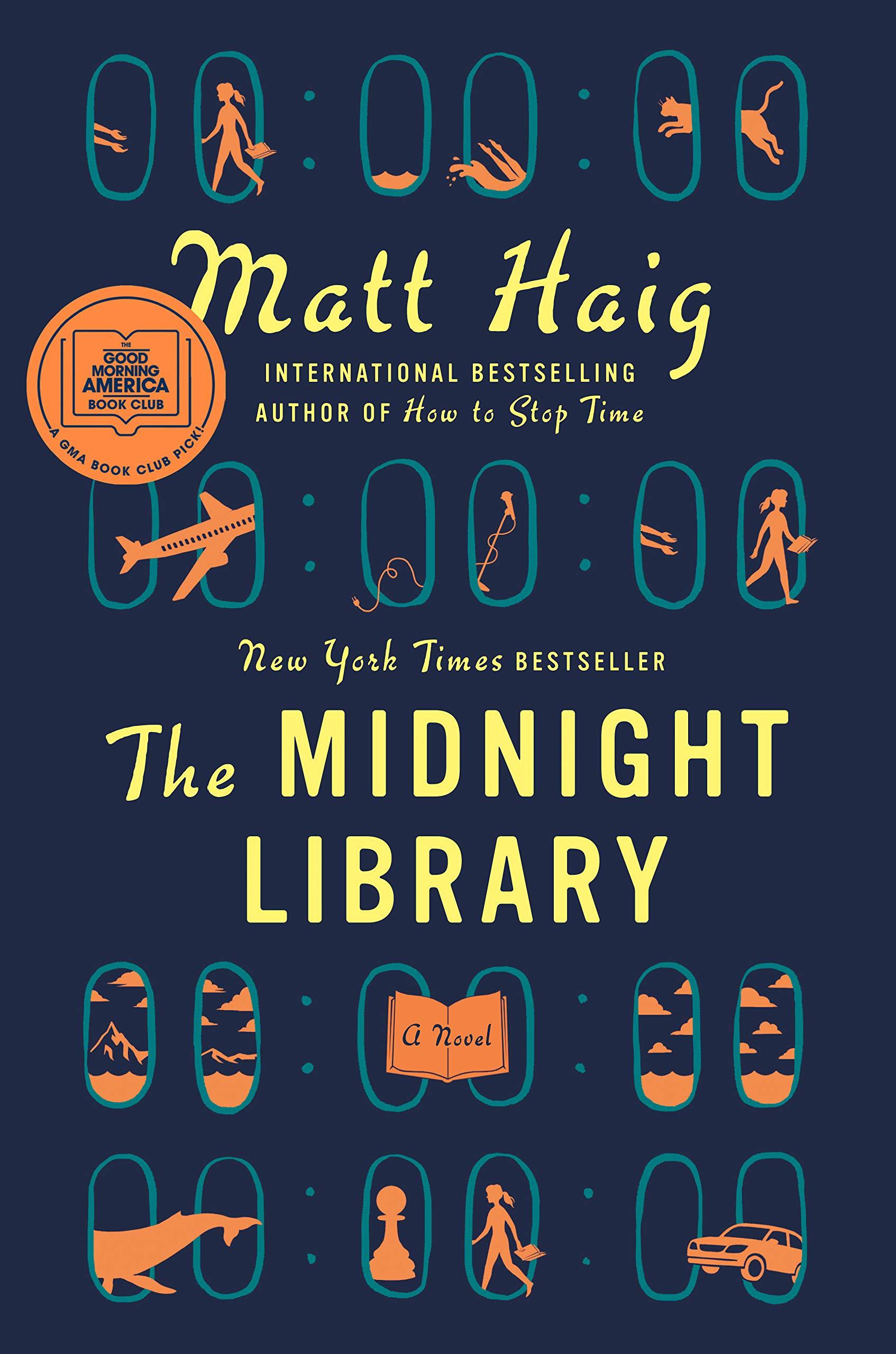 The Midnight Library has been absolutely EVERYWHERE since its release last September. It’s a Good Morning America Book Club pick, Goodreads Choice Awards Winner for Best Fiction, and was recently the Bad on Paper Podcast book club pick for March. There is a trigger warning for suicide, as the book begins with Nora’s decision to end her life. After Nora ends her life, she soon finds herself in an alternate reality in the form of a library, in which she can choose any book that then transports her to lives she could’ve lived if she had made different decisions about her relationships, career, and so much more.

The Midnight Library is definitely a heavier read, given Nora’s decision to end her life and her depression. The book really adopts this what-if mentality, as Nora gets to experience so many different lives with both good and bad results.There is such a wide variety of Nora’s lives, from being a scientific researcher to pub-owner to swimming champion and so much more. Like many readers, my heart broke the most during Nora’s last book. The story is definitely dark and depressing, but does transition to a much more hopeful message about life and making the most out our lives in both the best and worst circumstances. I definitely see why so many readers have loved this one given its messages about life, but I personally wasn’t super in love. I had a hard time getting into the writing style and following the explanations about the library at times between Nora and the librarian. I wish this book had inspired me or resonated with me as much as other readers, but I overall felt like it was an enjoyable read that ultimately might not stick with me for too long.

The Flatshare by Beth O’Leary 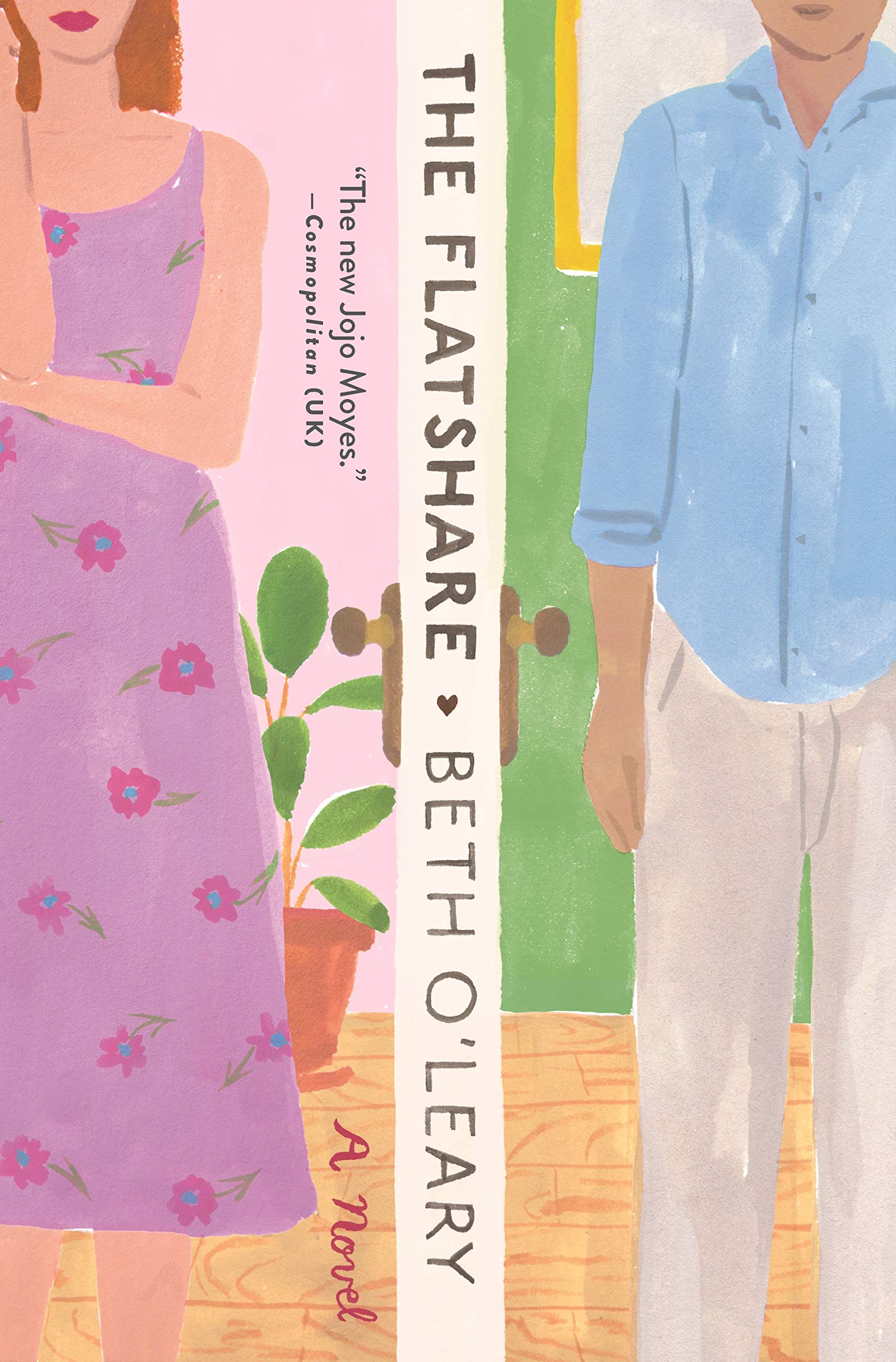 After loving Beth O’Leary’s The Switch and highly anticipating The Road Trip, I had to dive into her first book, The Flatshare. This book has circulated throughout so many contemporary/contemporary romance recommendations over the past few years that I finally had to check it out. After a difficult break up (trigger warning for emotional abuse), book editor Tiffy is in need of a new and cheap living arrangement. She soon finds herself, sharing a flat with a nurse, Leon, with a unique living situation: since Leon works at night and Tiffy works during the day, they’ll never see each other…which makes it easier to share the flat’s 1 bed. However, Leon and Tiffy’s notes for another about cleaning the flat and food in the fridge soon turns into them learning much more about one other than they could have ever expected.

The Flatshare was a light read that I overall really enjoyed, but incorporated heavier themes than I had expected when I first picked up the book. Tiffy has had an on-and-off again relationship that has finally been put to an end, but she begins to realize that she suffered from emotional abuse throughout their time together and struggles with that as she begins to start talking to other guys…and when said ex keeps on popping up. Meanwhile, Leon is trying to balance life an overnight nurse, his relationship with his girlfriend, and most importantly, helping his brother out as much as he can for a crime he didn’t commit. Tiffy’s relationship with her ex and Leon’s commitment to helping his brother added a complex layer to the story that was very interesting to explore. As Tiffy and Leon leave notes for each other around the flat, they begin to learn about this issues and help each out. The book by no means is all dark: Tiffy is a book editor, with her biggest client as a super knitter who seems to always need Tiffy as a model for some humor-infused book events. Tiffy and Leon’s notes were often sweet and funny, and it was so much fun seeing their relationship transfer from post-its to in-person. I also laughed out so many times over Tiffy’s best friend, Rachel, and her remarks on romance and relationships.  I definitely recommend The Flatshare for readers looking for a blend of light-hearted contemporary and more serious situations.

Have you read Our Italian Summer, The Midnight Library, or The Flatshare? What did you think about them? Are they on your TBR? Share in the comments