I recently realized that I had a few mini reviews saved from October. At think at one point, I was going to do a thriller mini review round up…but then I never ended up reading that many thrillers over the past two weeks. The following mini reviews include a new YA thriller, an adult thriller from a much loved author, and a YA contemporary series sequel.

Those Who Prey by Jennifer Moffett

As soon as I read the synopsis for Jennifer Moffett’s Those Who Prey, it instantly became the next to-read book on my TBR. Everyone knows I love a YA contemporary taking place in college, but Those Who Prey takes the setting to an extreme, as college freshman Emily finds herself recruited into the Kingdom, a cult thinly veiled as a religious group for students. When Emily is sent on a mission trip to Italy, she begins to unravel The Kingdom’s dark past and purpose.

Those Who Prey had such a strong start. Each part of the book begins with newspaper articles or interviews with people close to Emily or other members of the Kingdom, then transitions into Emily’s first person perspective. It was interesting, yet obviously creepy and sad, to see how Emily was introduced into the Kingdom and how her whole mindset about college changed so quickly. However, the first half of the book was much stronger than the second half, in which Emily is in Italy and with the help of her new counselor, begins to see what the Kingdom isn’t really wasn’t seems to be. The whole mystery and its dark past felt really rushed. I feel like I still don’t have a full grasp on what exactly happened. I wanted more development from the other side characters and in general, just more answers. Given the interview excerpts, I expected a much darker ending. I did appreciate Jennifer Moffett’s author’s note at the end, in which she explains the prevalence of campus cults, especially during the book’s setting of the 90s. I think if you’re someone who likes fictional books about cults – I admit that I’ve only read a handful of books with a similar synopsis and the only one I’ve super enjoyed is Megan MacLean Weir’s The Book of Essie – you still might enjoy this one for its story, although I think the plot and characters needed more development.

This review is based on an unsolicited advance reviewer copy provided by the publisher. By no means receiving this ARC affect my thoughts & opinions.

I can’t tell if I picked up Bookish and the Beast at the wrong time, or if it just wasn’t the Once Upon a Con book for me.  The Once Upon a Con series puts a fandom-inspired spin on fairty tales, following actors and fans of the fictional sci-fi series, Starfield. This third installment in the Once Upon a Con series (does anyone know if this is a trilogy or series?) is a retelling of Beauty and the Beast. After accidentally damaging an expensive Starfield novel, Rosie finds herself working alongside Vance, Starfield movie star, in exchange for fixing the ruined book. After a tabloid scandal that sent him escaping Hollywood, Vance doesn’t want to talk to anyone, let alone work with Rosie and organize books that are inspired by the fandom that caused his fame.

Geekerella is such a cute ode to fandom and actually is my favorite YA Cinderella retelling. The Princess and the Fangirl was also another fun read, having especially loved its near-exclusive setting at Excelsicon (the fictional fan convention for Starfield). Although I did enjoy reading Bookish and the Beast, I just never found myself that attached to the story. I’m pretty bummed because as much as it is slightly getting overdone in YA, I’m always up for a Beauty and the Beast retelling and I’ve genuinely enjoyed the series so far. I just was not a Vance fan – I know, I know he’s playing the beast, but I feel like we never got to really explore his story or at least understand why he’s so grumpy.  Additionally, I felt sort’ve out of place because even though I had read The Princess and the Fangirl last July, I didn’t remember too many of the other characters — and I didn’t get why Damien and Elle (from Geekerella) were having relationship trouble?? Does this mean we’re getting a fourth book? I feel like all the little details, especially the real way that Vance and Rosie met for the first time, never really added up and weren’t executed as well as they could’ve been. I do admit that this book scored ALL the bonus points when Rosie asked Vance if he really wanted her to read aloud to him, just like in Rainbow Rowell’s Fangirl.

Lock Every Door by Riley Sager 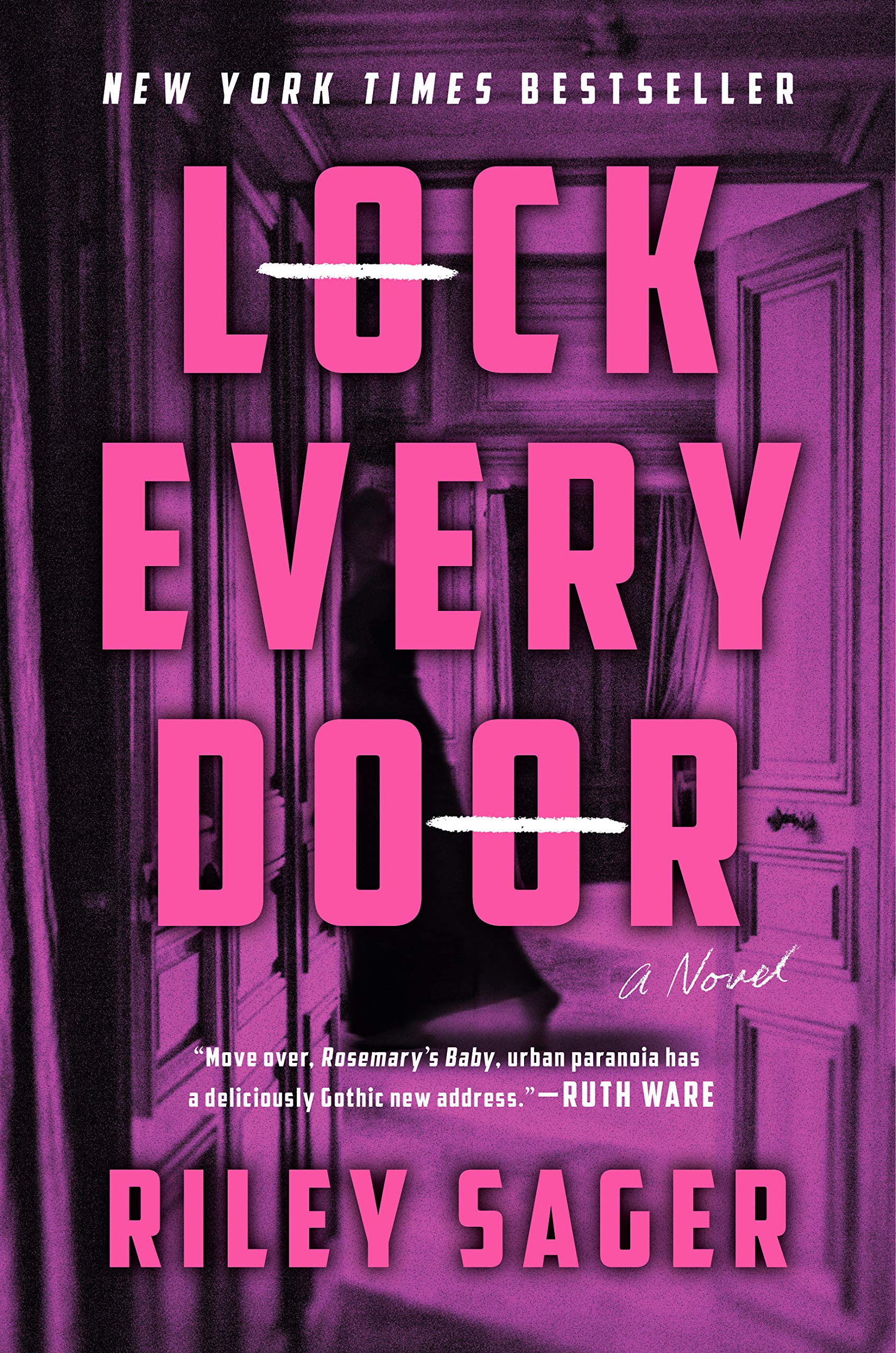 Riley Sager books have been appearing more and more on my bookish feeds in 2020. I think it’s because Riley Sager’s books have been chosen as Book of the Month picks on more than one occasion, and October & November are prime thriller reading seasons. My mom recently picked up Lock Every Door from the library, so I decided to read it while she had it checked out from the library. Lock Every Door follows Jules, a twenty-something with a tragic past who’s in need of some serious cash while in between jobs. Her wish comes in the form of working as an apartment sitter in an infamous New York City building, with a mysterious history of its own. When one of the fellow apartment sitters, Ingrid, goes missing, Jules begins to piece the building’s strange happenings together.

Lock Every Door was such an easy book to read and was perfect for my autumnal creepy book needs. I wouldn’t write home about the writing style, but the plot definitely had me intrigued to keep reading and reading. I really liked the NYC and apartment setting. I wouldn’t say Jules is a memorable or the most likable character, but I liked diving into her backstory and following her uncover the Bartholomew’s past. The main reason why I enjoyed Lock Every Door so much because it achieved what I want in every thriller I read – I didn’t expect the ending!! I don’t want to be too spoilery, but as someone who’s not a fan of supernatural or ghost books, I was very content with how the plot unraveled.

I definitely recommend checking out Lock Every Door if you’re in the mood for a binge-able thriller. I have a feeling I’ll be checking out Riley Sager’s other books in the near future – share your recs in the comments!

Have you read any of the books I mentioned? Do you have any thriller recommendations for me? Share in the comments!

4 thoughts on “2 YA Reads & A Much-Loved Thriller: Recent Mini Reviews”