The fall and winter makes me crave fantasy and dystopian books, which makes me so excited to share today’s interview with LB Gschwandtner! If you’re always craving a book that fulfills your The Hunger Games feels, her dystopian release might just do the trick!

Summary (from the publisher:

Niko and El are trapped in a politically corrupt dystopian city where brutality rules. After winning a cynical race where only one rider can survive, Niko tosses aside his chance to join the city’s corrupt inner circle by choosing lovely, innocent El as his prize―thus upsetting the ruling order and placing them both in mortal danger. With the Regime hunting them and the children of the city fomenting a guerrilla revolt, the two attempt a daring escape to the possibly mythical utopia, Zamora. But as events unfold, the stirrings of love El once felt for Niko begin to morph into mistrust and fear. If they reach Zamora, will Niko ever claim his secret birthright? And what will the future hold if he loses El’s love?

What is your book about?

The perilous love story of Niko and El unfolds against the backdrop of a brutal post-apocalyptic regime in a city controlled by corrupt systems at every level. After winning a cynical race where only one rider can survive, Niko tosses aside his chance to join the corrupt inner circle by choosing lovely, innocent El as his prize and puts them both in mortal danger. With the Regime hunting them, Niko and El must escape the city and find the possibly mythical Zamora where they hope to be safe. But the stirrings of love El once felt for Niko have turned into mistrust and fear. What will life in Zamora hold for these two if love is lost?

At its core, this story is about corruption. Yes, it’s a love story, too. But corruption takes many forms and is fed by many causes. The seven deadly sins of course. But there are others. And one of them is political corruption which, if we have the will to see it, has taken over much of our political system. Not all, but a lot of it. I’ve been appalled by the over the top blatant corruption in our country. Appalled and saddened. What happened to the beacon to the world, to the shining city on a hill (which was always a myth anyway but…)? We now have a class of billionaires an ever-shrinking middle class, and a growing base of people who can’t afford basic life necessities. And yet we are the “richest” country in the world. We can be rich in money and poor in spirit until eventually what created all that wealth will be an ever-shrinking resource that migrates to a few at the expense of many. And that will inevitably lead to less for most.

What was your biggest inspiration while writing your book?

While I was writing the book, I recognized all kinds of parallels between the corrupt imaginary city of Infinius I was creating and what was happening in front of us in the U.S. You could say the corruption of the current political climate within the US government was the inspiration but really the idea for this book came to me long before this administration took over. Corrupt political systems are easy to identify, possibly because there are so many of them or because they’ve always been around.

But the idea really began because of an article I read about a fancy high rise in Caracas, Venezuela. Known at the time as the world’s tallest slum, it was also dubbed the Tower of David because it was the work of a wealthy developer named David Brillembourg. The spectacular forty-five story tower was supposed to be the crown jewel of the shiny financial center of the new Caracas whose wealth came from Venezuelan oil. The city was as corrupt as they come, in a country headed by Hugo Chavez, who was elected with a substantial plurality on a promise of reform and democratization but in actuality he was a Marxist-Leninist aligned with Cuba’s Castros. Supported by the high price of oil, his initial programs did well but faltered when oil sales collapsed.

As oil went so went the dreams of a gleaming financial center with its most lavish building designed as a bank and office building, which was never completed and abandoned after the sudden death of Brillembourg from cancer. Thereafter the building, which was essentially a concrete and steel shell, was taken over by squatters who formed a defacto city state inside its walls and lived in unspeakable conditions for years that way. That got me thinking about how a society collapses in on itself so that people will adapt to any inhumane conditions just to stay alive. In Caracas, this great gleaming financial center collapsed because it was based on a single income stream and when that dried up so did all the expansion plans.

After that the government became ever more corrupt, Chavez died of cancer, Maduro took over and he was even more corrupt, and Caracas fell into such dire poverty that people were (and still are) starving to death and the city became known as a failed state.

After reading as much as I could on the Tower, its demise and aftermath, I was intrigued by the resilience and resourcefulness of the people who eventually made it their home, a complicated and daunting feat on many levels.

What do you want your reader to get from reading your book? How would you like them to feel when they finish the last page?

That they got lost in the book for the time they spent reading. That it was worth the time and that they enjoyed it. Wanting to know what happens in the follow up book called The Gardens of Zamora to find out what happens to Niko and El and whether the city, Infinius, can be saved from the corruption that has taken over its institutions and people. To be left with strong imagery about the consequences of corruption on a society, a country, an individual, to be aware and concerned by how deep and devastating corruption is in all its forms. What’s happening in America, how corruption has taken over and how it has infected our society. And to finally feel that the power of love can lead to rebirth.

What is your writing process?
I keep a list of ideas in a Word file. Many ideas come to me but only a very few (thankfully) seem to have enough staying power to make a whole book or even a short story. The ones that stick with me are the ones that get a commitment to finish. And once I commit to one, I just sit down and start writing. Usually I make a loose outline for the story. Then I define the main characters and give them each a bio, a physical presence, mannerisms, desires, ways of approaching problems. I give them each something they want. In Zamora, each character has some goal or wish. Niko wants to survive and he also wants El. El is beginning to yearn for love and yet she wants to remain true to her spiritual beliefs. Miriam wants to write the true story of how Infinius became a corrupt city. Father Ignatius wants to exercise his religious faith through revolution. Huston wants to gain power but he also wants to help Niko survive. And the minor characters all have something they want as well. So my job as the writer is to help them figure out how to take the steps that will get them closer to what they want, while at the same time, setting up challenges that could derail them.

A Place Called Zamora just came out on September 8th, 2020. 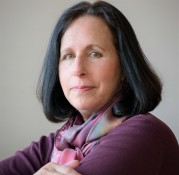 What are some of your favorite YA dystopian reads? Share in the comments!