Skip to content
Search
Close
Summary (From the publisher): 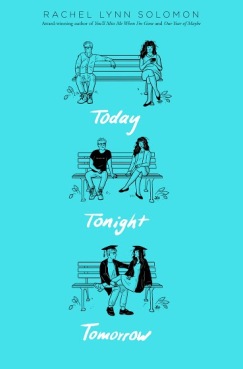 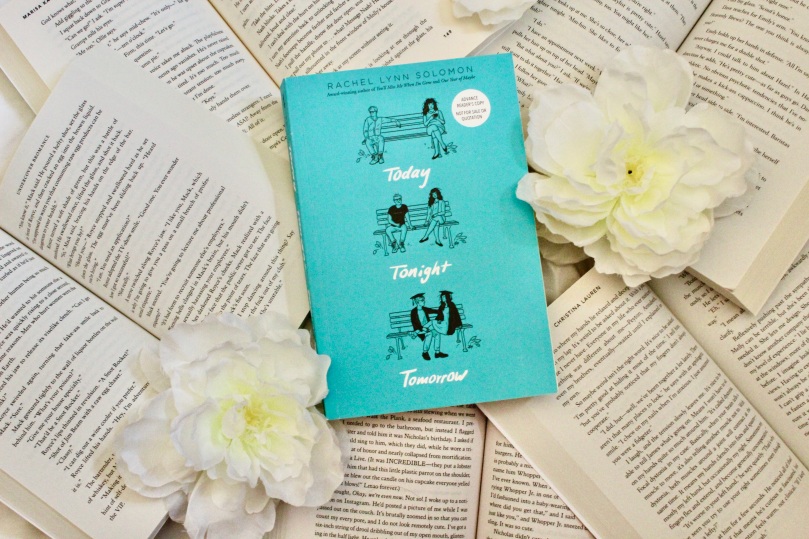 I kept my reading notebook close at all times while reading Today Tonight Tomorrow. I filled up two pages with notes and favorite quotes! Enemies-to-lovers has become one of my favorite storylines in contemporary romance. Rowan and Neil are for sure one of my favorite enemies-to-lovers couples. Their relationship reminded of Devy and Ben’s dynamics in Netflix’s Never Have I Ever.

Rowan is one of the most relatable high school characters I’ve ever read. She is very intelligent and dedicated to school, but she also likes having fun on the weekends with her friends and boys. She also spends some of the book reminiscing on her high school experiences and all of the lasts she’s experiencing while playing Howl. While Rowan is mainly with Neil, she also spends some time with her best girl friends, Kirby and Mara. Rowan begins to realize that her relationship with her best friends has been a little strained over high school, and some of it might’ve been due to her rivalry with a certain someone. While yes, the book is about Rowan and Neil, it’s also about Rowan thinking back on her high school experience and thinking about the person she’s become and coming to terms with the fact that maybe she didn’t complete all the goals she had for herself at fourteen years old.

As a huge romance reader myself, I was 110% invested in Rowan’s love for romance books and her desire to one day publish her own books. Rowan’s parents are children’s books authors, and although they didn’t have a problem when Rowan first started reading romance novels, they don’t understand why she continues to read them, making their daughter feel like she could never admit to wanting to study creative writing at Emerson and one day publish her own. It might seem to strange to us as readers that Rowan’s parents and friends are so dismissive of romance novels, but it unfortunately does illuminate the stereotyping of the genre. While Rowan is a huge fan of a fictional romance author, she does mention a few real-life authors and books- I instantly added Nora Roberts’ Vision in White to my TBR.Without too many spoilers, WE ALSO LOVE NEIL BECAUSE OF HOW HE DEFENDS ROWAN AND HER PASSION FOR ROMANCE.

Rachel Lynn Solomon immerses her readers into Seattle. It was really fun exploring some fictional and real-life spots. If you enjoyed the setting and atmosphere of Jenn Bennett’s Serious Moonlight, you’ll absolutely love exploring Seattle alongside Rowan and Neil. As Rowan and Neil compete in Howl together, Rowan sees a side of Neil that she would have never expected, and the two really bond as the night goes on. They’re both really mature characters, delving into discussions about past relationships and were really positive and honest about sex.

Rachel Lynn Solomon features Jewish representation in all of her books, highlighted in Rowan and Neil’s relationship. Rowan isn’t as conservative as the characters in Rachel Lynn Solomon’s debut, You’ll Miss Me When I’m Gone, but she embraces her Jewishness and the book features some of her and her family’s traditions. Unfortunately, one of Rowan’s classmates makes a very inappropriate comment about Rowan based on her faith, which leads her and Neil to have really engaging conversation about their religion and stereotypes.

Today Tonight Tomorrow combines so many of my personal loves: romance books, Star Wars, and perhaps most importantly, cheesy pretzels from the school store (joking, but also it’s a thing!).  Neil loves everything Star Wars, while Rowan has not seen a single movie. There were so many funny jokes about Yoda, and don’t worry, Neil has a special Star Wars inspired nickname for Rowan. I loved Rowan’s summary of one of the new Star Wars films she half-watched at a party. She might’ve only remembered a very moody guy dressed in black.

Overall, Today Tonight Tomorrow is one of the best YA contemporary releases of 2020. If you’re on the hunt for your new enemies-to-lovers contemporary romance, I highly recommend checking this one out.

Is Today Tonight Tomorrow on your TBR? Have you read any books by Rachel Lynn Solomon? Share in the comments!