Summer is one of my favorite times of the year to dive into a new pile of books because it’s beach and poolside reading season! My anticipated Summer 2020 releases list is definitely different than what I had imagined it would be at the start of 2020. Many spring books got pushed back to summer, so you might see a few repeats from my Spring 2020 anticipated releases posts.If you want to refresh on what books came out this spring, I shared my anticipated adult and YA releases. Some new books that were originally scheduled to release this summer also were moved to the fall. The following books are scheduled to release from June through August 2020. 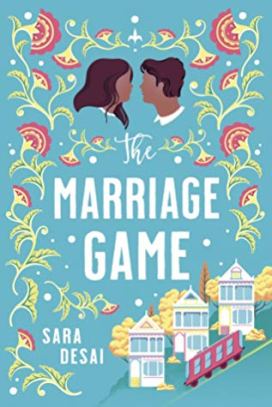 Elle Kennedy made my April when she announced that there would be a fourth book in the Briar U series, The Dare! I cannot recommend the Off-Campus and spin-off series, Briar U, enough! This hockey romance follows crowd-favorite hockey player, Conor. I have all of the Briar U books in paperback, and I believe the paperback version is available for preorder on Amazon.

The enemies-to-lovers storyline is one of my favorites in rom-coms, which makes me even more excited for Sara Desai’s The Marriage Game. Working above her father’s restaurant, Layla is getting her new business up and running while also deciding to join the world of online dating (even though her father decides to set her up on a bunch of blind dates). CEO Sam unexpectedly ends up sharing the office space with Layla, and the two spar off over their shared space and Layla’s blind date suitors.

After really enjoying Kathryn Ormsbee’s Tash Hearts Tolstoy back in 2017, I was instantly intrigued by her upcoming release, The Sullivan Sisters. Painful events have kept the Sullivan sisters from confiding in each other like they used to, but a letter about their dead uncle and an inheritance they knew nothing causes them to work together to solve a family mystery. I’m also up for a mystery or thriller to break up my contemporary reading game! 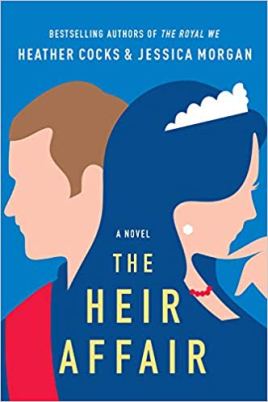 I feel like we’re starting to see gymnastics more and more across genres. The one I’m most excited for? Hannah Orenstein’s Head Over Heels! After a disastrous performance that ended her hope to get into the Olympics and career, Avery is asked to help coach a young gymnast with Olympic aspirations. While sparks fly with her fellow coach, Ryan, Avery’s world is turned upside down yet again when a scandal breaks out in the sport.

Having loved Kevin Kwan’s Crazy Rich Asian series, I’ve been wanting another book of his. That being said, I was scrolling through Goodreads to see if I had missed any books for this post and I can’t believe I didn’t know his upcoming book, Sex and Vanity, is coming out this summer! I added it to my Goodreads TBR before even reading the synopsis.

The Heir Affair (The Royal We #2) by Heather Cocks and Jessica Morgan| RD: July 7

The sequel to The Royal We, The Heir Affair might just be the most popular anticipated release on this list. I originally read The Royal We back in 2015 and really want to reread it before picking up the sequel. I need to get on the library holds list ASAP or just give in and buy my own copies because I know everyone is going to be reading and rightfully talking about The Heir Affair for the rest of 2020.

You Had Me at Hola by Alexis Daria | RD: July 7

I didn’t know about You Had Me at Hola until I read Dani’s Bookshelf’s Most Anticipated Books of Summer 2020 list, and it just sounds so good!!The book follows a telenova actor and a soap opera star who need to work on their on-screen chemistry for an upcoming bilingual rom-com, but seem to find plenty of romance and drama off-screen.

More Than Maybe is 110% a book I recommend you pre-order IMMEDIATELY. I was fortunate enough to read an ARC back in April. More Than Maybe is hands-down one of my favorite books of 2020 and solidified Erin Hahn as one of my go-to authors. This book about two teens with a love for music- and crushes on each other- was everyone I love in my YA contemporaries.

If you’re also looking to pre-order some summer releases, I also can’t help but mention Rachel Lynn Solomon’s Today Tonight Tomorrow – she also has a pretty great preorder campaign. Picking my favorite YA book of 2020 this year is going to be extremely difficult because I have so many favorites, and Today Tonight Tomorrow is definitely a front-runner! Today Tonight Tomorrow follows graduating high school seniors and enemies, Rowan and Neil, who are forced to team up for their senior class game taking them all over Seattle.

10 Things I Hate About Pinky by Sandhya Menon |RD: July 30

I feel like I’ve talked about 10 Things I Hate about Pinky in at least ten other blog posts (deservedly because Sandhya Menon is such a YA staple), so I won’t get into too many details here. If you haven’t yet put it on hold at the library or preordered, the book is going to also be available in a Dimpleverse bookset also including When Dimple Met Rishi and There’s Something About Sweetie in August!

Bookish and the Beast (Once Upon a Con #3) by Ashley Poston | RD: August 4

A Beauty and the Beast retelling, Bookish and the Beast is the third book in Ashley Poston’s Once Upon a Con series. This series is the perfect read for any one with a love for books and fandom- and conventions! Each book is set at a convention dedicated to the fictional series, Starfield. Bookish and the Beast is a hate-to-love romance following two teens working for a library after a rare book is destroyed. How much more bookish can you get than that??

What books are you looking forward to this summer? Any recommendations for me? Share in the comments!