I’m following up on my desire to continue blog series with my second bookish news update. Over the past few weeks, I’ve been really enjoying taking to bookstagram and  Twitter to stay up-to-date on book and author news. For a variety of reasons unfortunately, many spring and summer release dates have been pushed to Fall 2020. I’ve seen a few tweets here and there explaining so, but from what I’ve gathered to put shortly, much of this has to do with sales and everyone’s lack of access to bookstores and libraries right now. While I have some exciting bookish and exciting news to also share, I’ll be first discussing the books on my radar whose release dates have been pushed back. I unfortunately think a few more titles are likely to get pushed back, so I may do another update in a future bookish news roundup.

Rachel Lynn Solomon’s Today Tonight Tomorrow has been moved from June 16 to July 14. Another very much anticipated release of mine, I’m so excited to dive into this one and fortunately have a review copy that I plan on picking up ASAP.

Sandhya Menon’s 10 Things I Hate About Pinky was originally scheduled for June 30, but will now release on July 21. I’m glad that there’s only a few weeks difference because this one is one of my most anticipated 2020 releases! I think I may need a There’s Something About Sweetie reread or three beforehand. 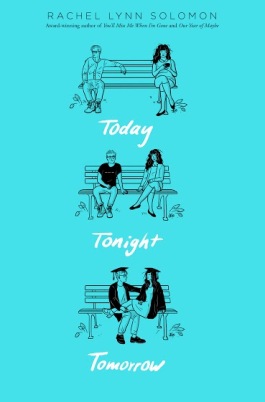 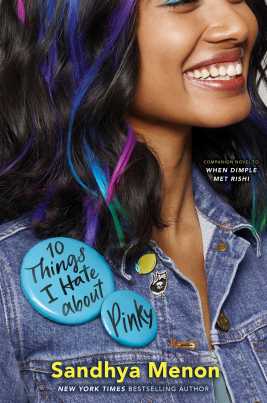 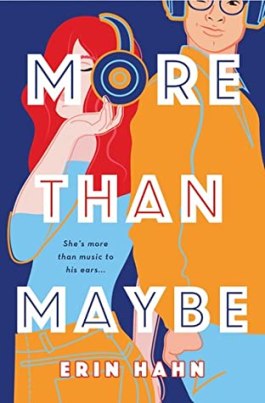 Erin Hahn’s More Than Maybe was originally scheduled for May 12, but will now release on July 21. The paperback edition of her debut, You’d Be Mine, will also release on July 21. I also fortunately have an ARC of More than Maybe, but I know so many readers have been highly anticipating this one as well.

Where Dreams Descend will now debut on August 25. I originally wasn’t planning on adding this to my TBR…. but then I saw Phantom of the Opera on Broadway and am ready for any book with comparisons to that show with Moulin Rogue and The Night Circus.

Jessica Jung’s debut novel that is loosely based on the author’s life as a K-pop star will now be released on September 29. With comparisons to Crazy Rich Asians, Gossip Girl, and Jenny Han, I can’t wait to pick this one up! 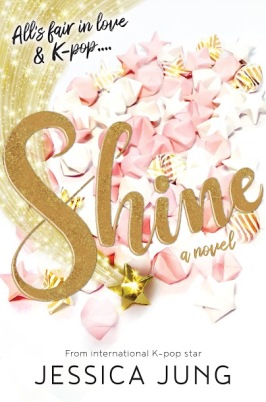 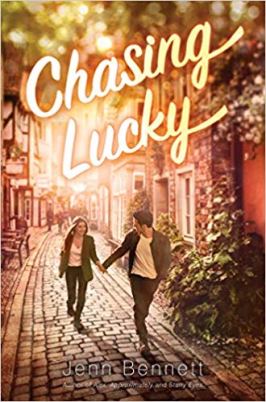 Jenn Bennett’s Chasing Lucky is one of the most pushed back release dates I’ve unfortunately seen, moving from May 5 to now November 10. Having read and loved Chasing Lucky for review in February, I’m obviously bummed that everyone won’t be able to read the book for a few more months, but trust me, it’s completely worth the wait.! I’m considering to write more blog posts around the book in the next few months – Chasing Lucky inspired baking recipe anyone?

More Jenn Bennett Books – With the announcement of Chasing Lucky’s new fall release date, Jenn Bennett also announced that she signed a contract with her publisher for more books! There will be more details to follow, but I’m so excited to read what I think will be more YA contemporary romance from one of my all-time favorite authors.

Briar U #4 by Elle Kennedy – Last week, Elle Kennedy officially announced that there will be a fourth book in the Briar U series, entitled The Dare. I had been really hoping that there would be another book in this Off-Campus spin-off series. Slight sidenote that both Off-Campus and Briar U are the PERFECT series to binge-read right now. I can now finally read the third book in the series, The Play, without having to worry about not having another book in the series. The Dare is currently scheduled to release on June 16, 2020.

Those Summer Nights by Laura Silverman – I have so much love for Laura Silverman’s Girl Out of Water, which made me more excited to learn that she will be coming out with another YA book in 2021!

Thrilled to announce good news still exists! I’m beyond excited to work with the wonderful @kap212 again on another YA workplace romcom! THOSE SUMMER NIGHTS will be hitting shelves in 2021!

Recommended for You, my bookstore love/hate Jewish AF romcom, has an updated cover! Add on Goodreads here: https://t.co/c2RyPOznH8 pic.twitter.com/QTmbFotZVj

The Selection Is Coming to Netflix – Kiera Cass’ The Selection is being turned into a Netflix film directed by Haifaa Al-Mansour. Blame it on my recent obsession with The Bachelor and Bad on Paper podcast, but I actually ordered the first book in the series the night before the film news was announced!

What new books are you excited about? Are you looking forward to The Selection adaptation? Share in the comments!

I’m a huge fan of Erin Hahn’s books, & last week I reread MORE THAN MAYBE (my fave) and dived into NEVER SAW YOU COMING. This book follows Vada’s best friend, Meg, who is reeling after finding out that her dad isn’t her biological father after all and decides to change her gap year plans by going to Northern Michigan to connect with her biological father’s family. While there, Meg connects with Micah, who is dealing with his own family struggles as his former pastor father has been in prison for the past few years.
Smiling because even though it’s pale girl winter, my Rachel Lynn Solomon book stack has grown with WEATHER GIRL (and will grow in a few weeks when my ARC of SEE YOU YESTERDAY!). I loved Rachel’s adult contemporary debut, THE EX TALK, last year so cannot wait to dive into WEATHER GIRL ASAP!
when you scroll through your photos & realize you never posted one of your favorite books of 2021 🤦🏻‍♀️
I’m back to school this week, but I’m hoping to take some time to unwind each day and start getting a head start on my most anticipated YA books of 2022. I plan on making my first YA read of the year ALL THE RIGHT REASONS by Bethany Mangle (release date: Feb.15th) and hopefully get my library copy of WHEN YOU GET THE CHANCE by Emma Lord this week!
2021 was the year of reaching for books I was 110% invested in reading - I found myself reading more than ever before, reading a total of 162 books and 3 novellas in 2021. My absolute FAVORITE book of the year was a tie between THE LOVE HYPOTHESIS by Ali Hazelwood and PEOPLE WE MEET ON VACATION by Emily Henry! 📚 Q: what was your favorite book of 2021?
*decides to take 2021 wrap up photos on NYE in front of bedroom door and Instagram deleting this post & having to post a second time around is my end of 2021 mood*