I can’t believe it’s already time to talk about the books I’m looking forward to this spring! Many readers look to fall for their absolute most anticipated books of the year, but this spring might just be my most anticipated season! I didn’t realize how many books I can’t wait to have my hands on until I was putting this list together. I originally was going to combine my most YA releases with my anticipated adult releases… until I realized I had a 20+ book list. That being said, while today I’ll be focusing on YA releases, I’ll be sharing my anticipated adult fiction spring releases next week.

I’m especially excited for Spring 2020 because there are SO, SO many amazing contemporary books coming out from some of my all-time favorite authors and debut voices! 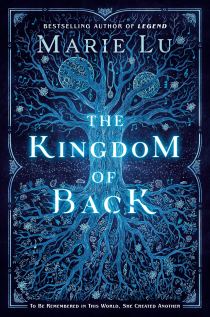 The Kingdom of Back by Marie Lu

Although contemporary seems to be the name of my reading game this spring, I am of course looking forward to Marie Lu’s upcoming musically-inspired historical fantasy. 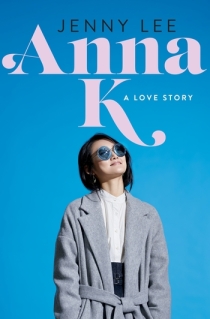 While I haven’t read Anna Karenina, Anna K has been described as a dark and diverse take with major Gossip Girl vibes, following Anna K.’s life as a Korean-American teen in Manhattan society. 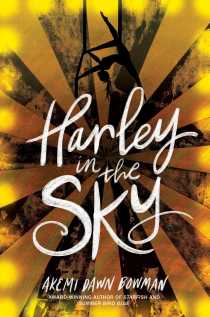 Harley in the Sky by Akemi Dawn Bowman

Having been fortunate enough to receive an advance copy of Harley in the Sky, I can 110% confirm that this YA contemporary release is a must read book of the year! Following Harley’s life growing up in circus life and dream of being a trapeze artist, Akemi Dawn Bowman completely nailed the setting while exploring family, friendship, and mental health. 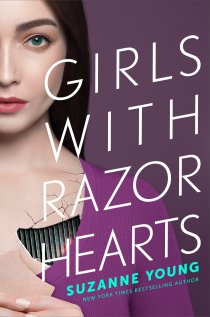 If you haven’t jumped on the Girls with Sharp Sticks train yet, you have a month to catch up before the sequel comes out! I absolutely cannot put these books down, following an all-female private school where the girls are taught be perfect women, until Mena and her classmates start questioning the school’s strange occurrences. 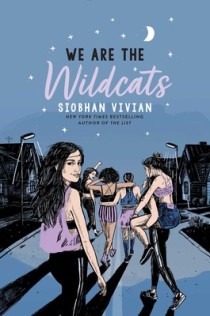 We Are the Wildcats by Siobhan Vivian

I feel like I’ve been talking about my anticipation for Siobhan Vivian’s next YA contemporary, We Are the Wildcats, since I finished Stay Sweet two years ago. I’m really looking forward to this one because it features members of a high school field hockey team – as a former high school field hockey player myself, I’m excited to see how much it delves into the sport because it’s not really a sports book- and focuses on female friendship and empowerment. Siobhan Vivian slayed these two themes in Stay Sweet.

They Went Left by Monica Hesse

A favorite historical fiction author of mine, I couldn’t believe I didn’t know that Monica Hesse had another book coming out until I was scrolling through Twitter about a month ago. There are so many YA books about the Holocaust and the World War II, but few have explored what happened to those affected after. After being released from a concentration camp, They Went Left follows Zofia’s quest to find her brother throughout Germany and Poland and to a displaced persons camp.

Marisa Kanter’s What I Like About You might just be my most anticipated rom-com here! Described as perfect for fans of Jenny Han and Morgan Matson, there are SO many things that make me want What I Like About You ASAP. The owner of a YA book blog that matches books with cupcakes (!!!), Halle finds herself falling for her online best friend, Nash. But Nash knows Halle online as Kels, which isn’t a problem – until Halle runs into Nash IRL.

I admit that I’ve fallen behind on following the Check, Please! webcomic, so I’m looking forward to returning to the world of Samwell hockey with this second volume. 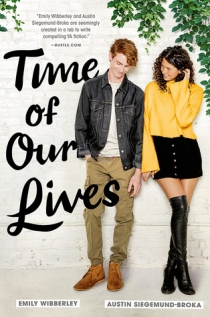 Time of Our Lives by Emily Wibberely and Austin Siegemund-Broka

Like many authors on this list, any book by Emily Wibberely and Austin Siegemund-Broka are must-reads for me. With college YA vibes, the book follows two teens who meet on a college tour and are both weighing big decisions about their future.

I’m all for nerdy/fandom YA contemporaries, which leads me to Verona Comics. The book follows two teens who fall for each other at a comic convention prom (!!!) only to find out that their families own rival comic bookstores.

My MOST anticipated contemporary release of the year, I cannot wait to dive into Chasing Lucky! I love absolutely everything about Jenn Bennett’s books, so I’m excited to dive into this book about Josie’s hometown return to help run her family bookstore (!!!) and what happens when she runs into the New England town’s bad boy and her childhood best friend, Lucky.

Between Morgan Matson’s The Unexpected Everything and Jenn Marie Thorne’s The Wrong Side of Right, I’ve also developed a love for YA contemporaries dealing with politics. In Running, Mariana and her Cuban American family’s life is flipped upside down when her father runs for president and Mariana finds herself disagreeing with  what her father stands for. 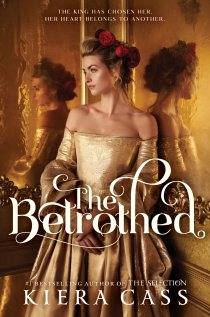 The Bethrothed by Kiera Cass

I am finally entering the world of Kiera Cass’ books by wanting to read The Bethrothed, following a girl who finds out falling in love with the king and becoming a queen just might not be as amazing as it seems to be. I feel like if I really enjoy this one, I might just have to get into The Selection. 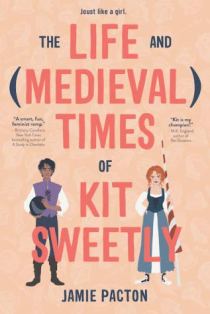 The Life and (Medieval) Times of Kit Sweetly by Jamie Pacton

This debut novel has been said to have major rom-com and feminist vibes, following Kit’s quest to become a knight at the (sexist) medieval-themed restaurant she works at.

The Summer of Impossibilities by Rachael Allen

Rachael Allen’s A Taxonomy of Love was such a great read (and deserves so much more hype!) that I immediately added her latest release to her TBR. This book slightly reminds me of The Sisterhood of the Traveling Pants, following four girls’ summer at the lake house where their mothers became best friends.

The Ballad of Songbirds and Snakes by Suzanne Collins

I’m not sure about to what extent I’m actually excited about The Ballad of Songbirds and Snakes- I was really hoping it would follow Mags and definitely did not expect it to follow Snow- but being the The Hunger Games fan that I am, I feel very much obligated to read it.

The Paper Girl of Paris by Jordyn Taylor

A YA book set against World War II, The Paper Girl of Paris’ premise reminds me of Sarah’s Key. Spending the summer in her grandmother’s apartment in Paris, sixteen-year old Alice finds herself uncovering her grandmother’s past working in the French resistance during the war.

What YA books are you looking forward to in March, April & May? Any that I didn’t mention? Share in the comments!