Given the love for Brigid Kemmerer’s Beauty and the Beast retelling, A Curse So Dark and Lonely, and the anticipation for the sequel, A Heart So Dark and Lonely, I decided to dive into the series during the summer. I was fortunate enough to receive an ARC of A Heart So Fierce and Broken at Book Expo 2019, so I was able to binge read the first two books in the Cursebreakers series ahead of the second installment’s January 7, 2020, release. 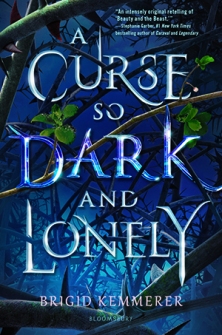 A Curse So Dark and Lonely Summary (from the publisher):

Fall in love, break the curse.

Cursed by a powerful enchantress to repeat the autumn of his eighteenth year, Prince Rhen, the heir of Emberfall, thought he could be saved easily if a girl fell for him. But that was before he turned into a vicious beast hell-bent on destruction. Before he destroyed his castle, his family, and every last shred of hope.Nothing has ever been easy for Harper. With her father long gone, her mother dying, and her brother constantly underestimating her because of her cerebral palsy, Harper learned to be tough enough to survive. When she tries to save a stranger on the streets of Washington, DC, she’s pulled into a magical world.

Break the curse, save the kingdom.

Harper doesn’t know where she is or what to believe. A prince? A curse? A monster? As she spends time with Rhen in this enchanted land, she begins to understand what’s at stake. And as Rhen realizes Harper is not just another girl to charm, his hope comes flooding back. But powerful forces are standing against Emberfall . . . and it will take more than a broken curse to save Harper, Rhen, and his people from utter ruin.

A Curse So Dark and Lonely Thoughts

A Curse So Dark and Lonely reminded me of Sarah J. Maas’ A Court of Thorns and Roses, with the major exceptions being its slightly urban fantasy twist and overall a simplified fantasy setting. It took me the first one hundred pages or so to fully get into this book. Much of this had to do with the fact that despite her princess of Disi act (such a funny take on D.C.), it took Harper a lot of time to adjust and understand the world of Emberfall.

Like many readers, I really appreciated that Harper had cerebral palsy, something that we do not see a lot in YA. Having cerebral palsy by no means affected her strong personality and charisma, but it did prevent her physically in some situations. This is an element, or at least having characters with different or similar health conditions, that would be cool across many other fantasies and YA books.

I found myself truly invested in the book in its last two hundred pages, with Harper and Rhen’s chemistry increasing and the stakes getting higher. However, despite that Brigid Kemmerer has said that the book does not feature a love triangle, it did feel like there was a love triangle to me, or at least hints of one. Even though some readers are over the love triangle trope, it’s been a while since I’ve read it and I enjoyed at least considering the chemistry between certain characters.

END_OF_DOCUMENT_TOKEN_TO_BE_REPLACED

My main reading goal of 2020 is no different from any bookish fangirl’s: read ALL the amazing books as possible!

I love the premise and creativity behind yearly reading challenges – maybe one year I’ll actually complete POPSUGAR’s annual challenge– but I find that I don’t like adapting my TBR and picking up certain books at a specific time to mark off a check box.

My 2020 reading challenge of 60 books is lower than my normal reading goal. For example, in 2019, I set my reading challenge on Goodreads to 70 books, knowing that I personally wanted to reach 100 books. While I successfully reached my goal at 127 books, it might seem weird that I don’t set my challenge to a higher amount. With my college graduation ahead in May, I really don’t know what life is going to look like in 2020, hence I don’t know what my free time aka reading time will be this year. Reading will always be a part of my life for sure, but I don’t know if I’ll be able to have months where I can get to 15 books a month. Although I’ve proven that I am able to read a lot during super busy periods of life, I don’t want to set a “high” number because I don’t want to put pressure on myself to read. 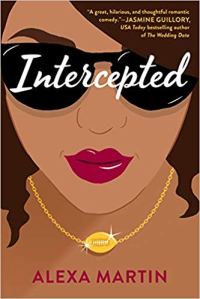 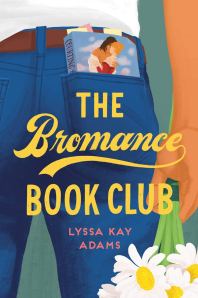 I feel like I’ve gotten better and better about re-reading each year. I’ve discovered that challenging myself to reread specific books does not work, having done so in both 2018 and 2019 and failing to reread most of the books on those reread TBRs. Much of my rereading in 2020 is focusing on rereading books in anticipation for the next book in the series.

Reread The Royal We for The Heir Affair

Royal-inspired reads has become one of my favorite contemporary subgenres over the past few years. One of the reads that inspired my love for this ‘genre’ back in 2015 was Heather Cocks and Jessica Morgan’s The Royal We. The Royal We follows an American college student studying abroad in England who happens to fall in love with the crown prince. It was announced in 2019 that there would be a book #2, The Heir Affair, coming out on June 16, 2020. Since I absolutely loved the first book and haven’t read it since 2015, I’m in definite need of a reread before summertime.I know a lot of people will be checking out both books from the library, so the sooner I check The Royal We out for my reread, the sooner I’ll have it. Unless I break out my holiday Barnes & Noble gift cards… 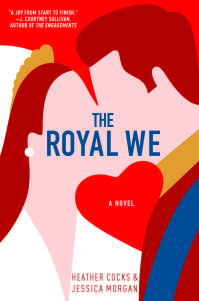 END_OF_DOCUMENT_TOKEN_TO_BE_REPLACED

It’s senior year, and Paige Hancock is finally living her best life. She has a fun summer job, great friends, and a super charming boyfriend who totally gets her. But senior year also means big decisions. Weighing “the rest of her life,” Paige feels her anxiety begin to pervade every decision she makes. Everything is exactly how she always wanted it to be–how can she leave it all behind next year? In her head, she knows there is so much more to experience after high school. But in her heart, is it so terrible to want everything to stay the same forever? 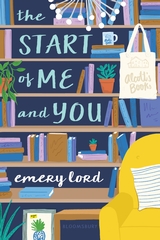 Emery Lord’s The Map from Here to There, the sequel to The Start of Me and You, was on my TBR since it was first ever announced. Why? Because Max Watson is one of my fictional boyfriends and I needed our reunion ASAP. Fictional crush set aside, I was really excited for this sequel because I’ve really enjoyed all of Emery Lord’s books- The Names They Gave Us still holds the #1 place though- and The Start of Me and You was one of my favorite contemporary reads of 2017.  The Start of Me and You follows high school senior Paige’s junior year, determined to make a year of new memories and experiences after the death of her boyfriend a year prior.

Since there was a two year gap between me reading the book- I was fortunate enough to grab a copy of The Map from Here to There at Book Expo and read it in July-, I wanted to binge-reread The Start of Me and You and then read the sequel.

The Start of Me and You Reread Thoughts:

Max thought hard, his eyes moving away from me. He blinked and then returned his gaze to mine. ‘Like you had been drowning, and the book was air.’

I was quiet, caught in the surreal moment of having my feelings described so exactly. That was how it felt to me, to live in other worlds—books or TV—like breathing became second nature again with their safety” (222). END_OF_DOCUMENT_TOKEN_TO_BE_REPLACED

The holiday season has always been one of my favorite times of the year. I absolutely love getting into the festive spirit and listening to Michael Buble’s Christmas album. Although I couldn’t be more than excited for the new year ahead, I admit that I still have a little bit of the holiday spirit in me- how could I not when Arthur Christmas was just added on Netflix?? I have a few bookish and fangirl gifts that were generously given to me by Santa (aka my family) this Christmas that I have to look forward to using and reading in 2020.

Rebel is the much anticipated follow-up fourth novel to Marie Lu’s Legend trilogy. The Legend trilogy were the first Marie Lu books that I had ever read. They still remain as my favorite Marie Lu series. I had intended to reread Legend, Prodigy, and Champion in 2019, but I’ll be 100% honest and admit that I ended up not in the mood to reread them this past fall. Rebel can apparently be read as a standalone, but I really want to re-familiarize myself with this world. One of my reading goals for January and February is reread all three books and then dive into Rebel. 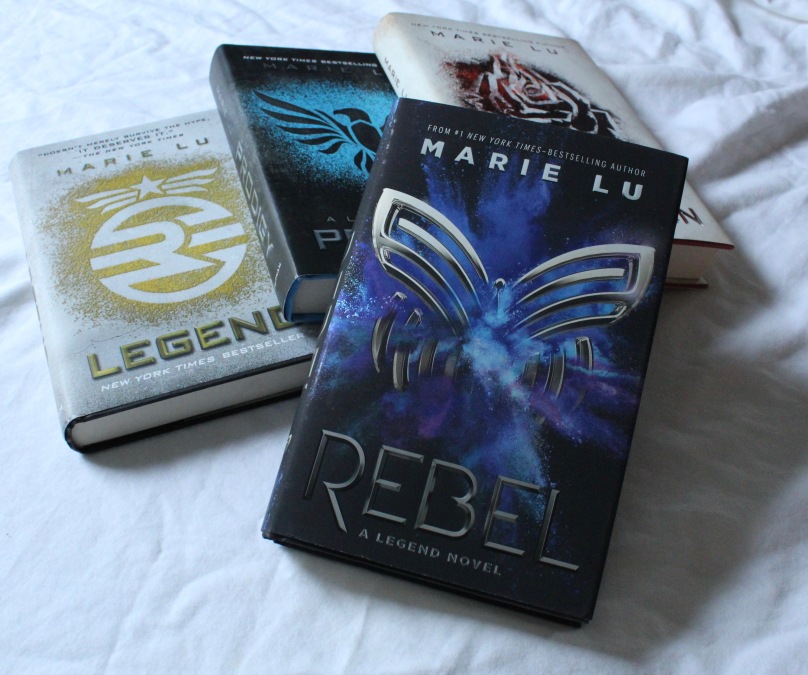 Elle Kennedy is one of favorite new adult authors, having loved her Off-Campus series and really enjoying the first book in the Briar U series, The Chase. Briar U is the spin-off series to Off-Campus. Both books are set at the fictional Briar University and follow relationships between a wide cast of female characters and male Briar U hockey players. I absolutely love sports romance, so I knew I needed to continue on with the Briar U series with The Risk and The Play. Each of these books can be read as a standalone, as they follow different couples in the Briar U world. However, I personally like reading each book in publication order because Elle Kennedy often  features previous main characters. I decided to ask for these books for Christmas because my library unfortunately does not have the Briar U series and I already own The Chase. 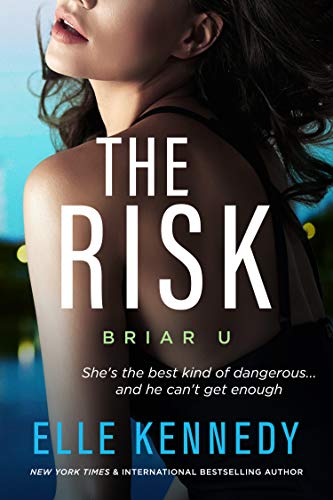 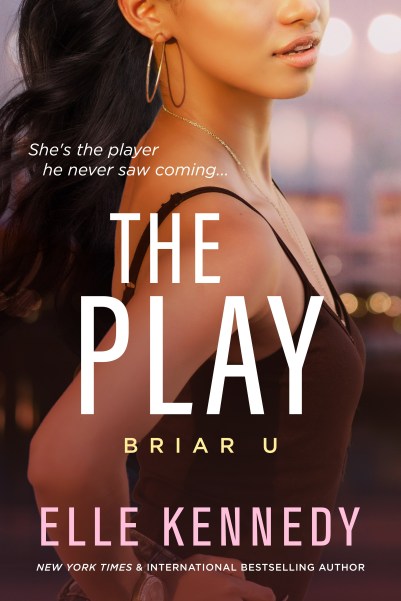 END_OF_DOCUMENT_TOKEN_TO_BE_REPLACED

My February 2021 Book Haul went up on the blog this morning , but 6/7 books I mentioned there are featured here:
If you need me today, you’ll find me in my bedroom reading & obsessed over A Court Of Silver Flames... and procrastinating on some grad school work while doing so 😅
Kicking off 2021 with this January and what will likely turn into my February TBR. It’s a mix of some review copies, library books, and a few owned books (yes, this finally means I’ll be reading From Blood & Ash!). As per usual, this probably isn’t all the books I’ll be reading over the next two months, especially because there are a few new releases that I’m so excited to buy , aka The Ex Talk by @rlynn_solomon & A Court of a Silver Flames by @therealsjmaas
Happy New Year’s Eve from me & a huge pile of some of my favorite books of 2020. Swipe to the second photo to get a glimpe of the blogger behind the scenes 😊
snow days call for reading in bed & baking
I don’t know about you but it’s been quite a Monday for me to the say the least - and one way I tried to de-stress was to make this post via Canva 😂 I know a book that features politics might not be your imagined idea of an escape right now, but I highly recommend checking out Jasmine Guillory’s Party of Two! I’m so looking forward to reading Royal Holiday soon! Link to my review in bio