With the colder weather, aka cozy season, approaching, I always find myself reaching for more fantasy this time of year. Fairy tale retellings are among my favorite genres in fantasy, and we fortunately have had some amazing retellings in the YA world over the past few years. I am currently reading the sequel to Sarah Henning’s Sea Witch, Sea Witch Rising. With major The Little Mermaid vibes, Sea Witch Rising continues  Sea Witch’s villainous origin story and emphasizes sisterhood, love, and magic.

Geekerella and The Princess and the Fangirl by Ashley Poston (Once Upon a Con series #1 & #2)- Most fairy tale retellings take place in fantasy books, so I really love how Ashley Poston’s Once Upon a Con companion series takes on the contemporary genre. The series follows a set of characters who are fans of the fictional Starfield franchise and attend the fandom’s annual convention. Geekerella takes on Cinderella, while the Princess and the Fangirl is a Princess and the Pauper retelling. I’m so excited that there is going to be a third book in the series out in 2020 inspired by Beauty and the Beast!

The Lunar Chronicles by Marissa Meyer- Marissa Meyer’s The Lunar Chronicles series is deservedly everyone’s go-to recommendation for YA fairy tale retellings with its sci-fi twist. The four main books in the series, Cinder, Scarlet, Cress, and Winter, each introduce a new fairy tale heroine while also featuring the cast from the previous installment. Cress (aka the Rapunzel-inspired retelling) is my absolute favorite out of the series because I love the title character so much ,and this installment really brought the world-building and politics (and all the twists and turns) together.

A Court of Thorns and Roses by Sarah J. Maas- I think a few readers, myself included, often forget that ACOTAR was inspired by Beauty and the Beast! While ACOTAR isn’t my favorite in the series (helloooo A Court of Mist and Fury), it’s such a solid first installment and it’s actually one of my favorite books to reread (I think I’m at three times) given how the plot and romance interest changes in ACOMAF.

Heartless by Marissa Meyer- Marissa Meyer is seriously the queen of retellings, not to mention villainous origin stories. Following the future Queen of Hearts, Heartless takes place in Wonderland and features ALL the delicious-sounding treats. I still need to learn how to make Cath’s lemon tarts! 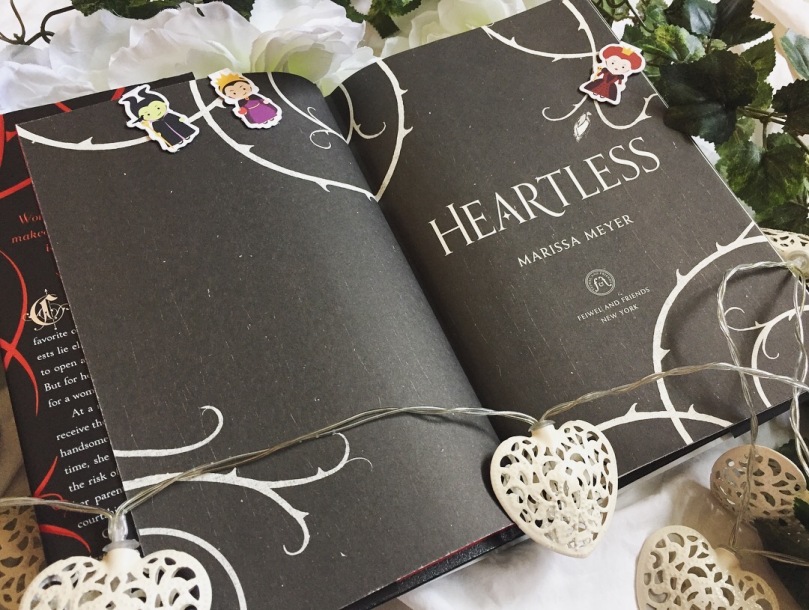 Runa will not let her twin sister die. Alia traded her voice to the Sea Witch for a shot at happiness with a prince who doesn’t love her. And his rejection will literally kill her—unless Runa intervenes.

Under the sea, Evie craves her own freedom—but liberation from her role as Sea Witch will require an exchange she may not be willing to make. With their hearts’ desires at odds, what will Runa and Evie be willing to sacrifice to save their worlds?

Told from alternating perspectives, this epic fairy tale retelling is a romantic and heart-wrenching story about the complications of sisterhood, the uncompromising nature of magic, and the cost of redemption.

I received a copy of Sea Witch Rising from the publisher. By no means did receiving this book affect my thoughts or opinions.

What are some of your favorite fairy tale retellings? Have you read Sea Witch or Sea Witch Rising? Share in the comments!

One thought on “My Favorite Fairy Tale Retellings: Inspired by Sea Witch Rising”

There was an error retrieving images from Instagram. An attempt will be remade in a few minutes.