October was a month filled with so many (good) things and moments in my academic and personal life. That being said, my life was more busy and honestly hectic than it’s ever been before. October often marks midterm season in the college world, which meant a few papers and writing assignments on my end, including having to start drafting my first of two senior research papers. I know I haven’t been too specific about my senior project for my English major (honestly I’m still working out my subtopics and arguments even with my 15-20 page draft in the works), but I can reveal that I’m talking about Angie Thomas’ The Hate U Give! I’ve luckily read a decent amount of contemporary literature in my English courses, but this is my first time studying YA.

Between also balancing my course-load alongside my jobs and social time (trying to make the most of my last year living with all of my best friends), my brain has been feeling fried and not exactly in the mood to read at the end of the day. Probably also not helping my reading life, I watched so many great new TV shows this month.

I really wish I was reading more, but I’m at the point where I have to dedicate my free time to the aforementioned things. However, I 100% admit that my senioritis is definitely kicking in and I’ve been finding myself drifting  to blogging and reading when I should probably be doing school work. I think it’s also because it’s almost (!!!) the end of the year and I’ve been working on my favorites, yearly wrap-up, and holiday-themed posts, but I’ve been so in the mood to read lately because of all the new books coming out still this year (I’m looking at you, The Toll and The Queen of Nothing.

The Chase by Elle Kennedy | 4/5 Stars

I was so excited to jump back into the Off-Campus world with The Chase. Although it’s not my favorite Elle Kennedy book, I loved having Fitz as one of the protagonists. 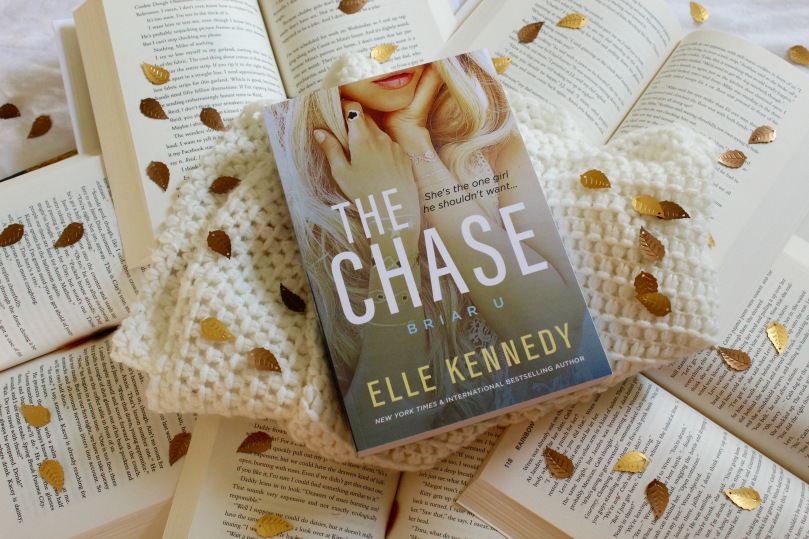 The Beautiful by Renée Ahdieh | 4/5

The most Halloween-esque book that I read in October, I enjoyed The Beautiful for its atmospheric setting and for the fact that it broke my usual reading habits with its paranormal and mysterious story.

October marks Christmas season prep in the Fangirl Fury handbook, which further encouraged me to pick up 10 Blind Dates. 10 Blind Dates was a fun holiday mood read. I really enjoyed its family focus. 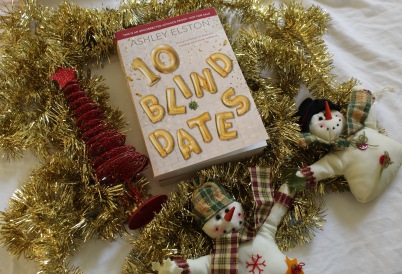 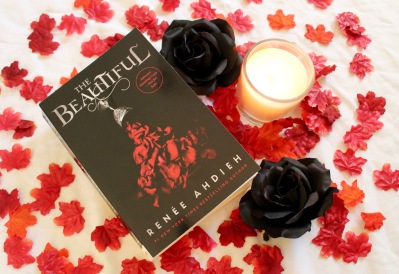 I appreciated that Full Disclosure took on a ton of important topics, as its main protagonist lives with HIV. While I appreciated its mature discussions surrounding sex and sexuality, I wasn’t a big fan of the writing style and plot.

Hands-down my favorite book of the month, I absolutely loved Crier’s War for its unique world and fantastic character and story arcs.

Winterwood was such an atmospheric read that was perfect for Halloween, but also such a great mood read as we transition into colder and cozy weather. 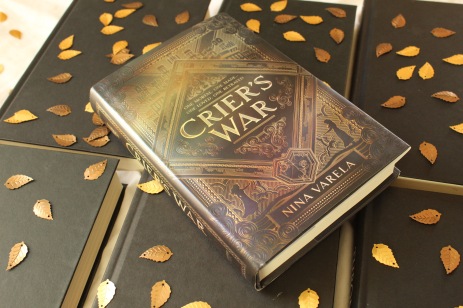 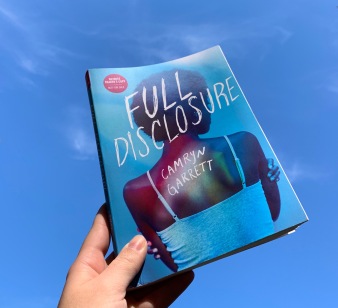 The Politician S1 (Netflix)- Hands-down one of my favorite TV shows of the year, The Politician stole my heart in October. It’s such a quirky show and honestly feels like a blend of Ryan Murphy’s other shows (Glee, AHS, and American Crime Story). I freaking loved Ben Platt (which led me to also being addicted to his album, Sing to Me Instead this month) and the overall cast. The show luckily came out during my fall break, which meant that I was able to binge-watch all 8 episodes before heading back to school.

Insatiable S2 (Netflix)- My guilty pleasure show the month, Insatiable season 2 was definitely more dramatic and crazy, but somehow much more developed than the first season. This show is totally not the best, especially in light of all the controversy, but it is a fun watch for me personally.

Schitt’s Creek S1 (Netflix)- I started watching Schitt’s Creek over the summer, but I struggled getting into it. My best friend (and lets be honest, Twitter) encouraged me to get back into and I’m absolutely loving it. David is for sure my favorite character. 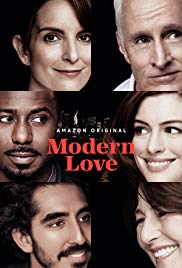 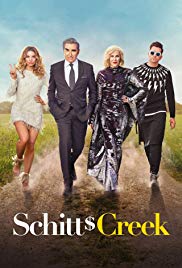 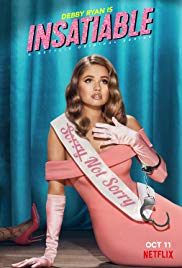 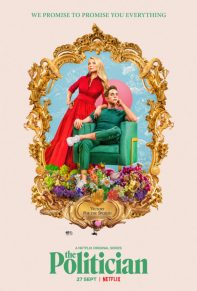 Modern Love (Prime)- Towards the end of October, I flip-flopped between watching Schitt’s Creek and Amazon’s new show based on the Modern Love column. My favorite episodes are “When the Doorman is Your Main Man” and “When Cupid Is a Prying Journalist.”

You’ve Got Mail- I 100% admit that I am still confused over the fact that English major and lifelong reader me did not watch You’ve Got Mail until 2019. IT’S A MOVIE ABOUT BOOKSTORE RIVALS!!! I absolutely love movies from the 80s and 90s, and You’ve Got Mail was no exception.

Isn’t It Romantic? – One of the funniest rom-coms I’ve seen lately, I absolutely loved the cast (Rebel Wilson, Liam Hemsworth, & Adam DeVine) and it made me laugh out loud so much.

NEW FAVORITE FROM FAVORITE AUTHOR: The Fountains of Silence Review

THE BOOK OF YOUR READER DREAMS: The Library of Lost Things Review

Top Five Wednesday: Most Halloweenish Books on My TBR

My life happenings section always flips between monthly fangirl news or my IRL happenings, and today’s a mixture of both!

Lucy’s Deli on Sixth- I’m in the city twice a week for class this semester, so my friends and I try to do New York things on our lunch breaks and after class. I was on Twitter one weekend earlier in October and Jess from The Book Bratz shared a photo of a stuffed/felt avocado from a pop-up shop in Rockefeller Center, Lucy’s Delicatessen on 6th. This pop-up was set up like a grocery store and featured hand-sewn and felt food. My friend and I went on our lunch break that week and we had so much fun looking at ALL the cute things. 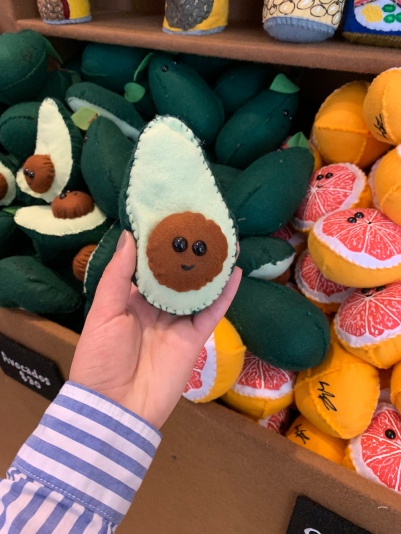 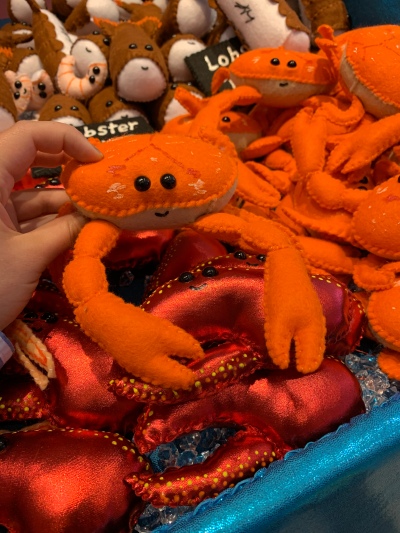 Fall-themed Saturday- I’m always wanting to do seasonal things, so I was really excited when my best friend and I decided to spend a Saturday afternoon at a local farm. We had a mini photo shoot (okay, it wasn’t that mini or spur-of-the-moment, I came prepared with my Canon) in a pumpkin patch and then we went apple-picking. This was my first time apple-picking and while its near the end of the season where I live, the orchard was really beautiful. I think all the apples I picked were honey crisp, which I used the next day to make an apple pie. 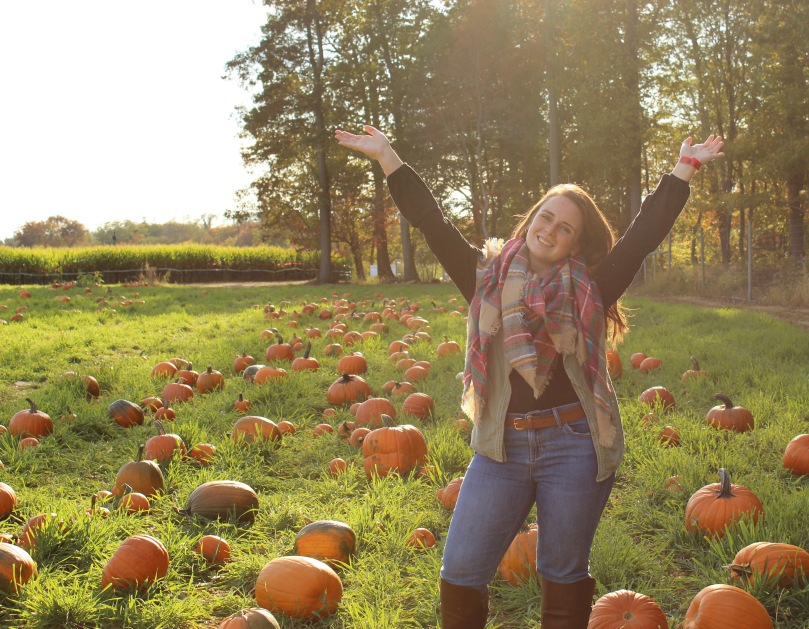 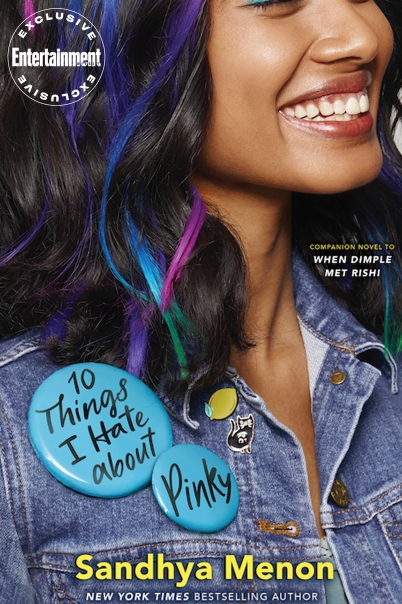 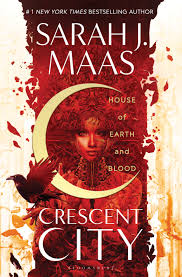 More details about Sarah J. Maas’ Crescent City– I haven’t been able to find Sarah J. Maas’ full panel on Crescent City from New York Comic Con ’19, but Kristin of SuperSpaceChick included a clip of the panel in her NYCC Haul. I highly recommend checking out Kristin’s entire video! Anyway, SJM revealed more about the plot than she has ever have before. In shot, picture the ACOTAR universe set 3,000 years in the future (yes that means cell phones and cars), every paranormal and mythological creature possible, a party and half-Fae girl who finds herself involved in a murder investigation, and true to SJM, steam/romance.

Let It Snow Trailer- I’m just generally excited for Netflix’s holiday movie line-up, but I feel like I’ve been waiting for the Let It Snow adaptation for forever! This book was one of the first YA books I’ve ever picked up and while I probably need a reread, I’m excited to see it on the screen come November 8th.

Ninth House/the Alex Stern series is being turned into a TV show- While much attention in the Leigh Bardugo TV-world has been on the Netflix Grishaverse adaptation, it was recently announced that Ninth House will be adapted into a TV show by Amazon, with Leigh attached as the writer and executive producer. Since Ninth House is officially my favorite Leigh Bardugo book, I am so looking forward to seeing this show come to life!

What did you read and watch in October? Share in the comments!

I am SO happy it’s summer reading season, but I fortunately read so many great books this spring! I of course had to give another spotlight to one of my fave YA books of the year that just came out this week, WE CAN’T KEEP MEETING LIKE THIS by @rlynn_solomon . I shared more books on the blog yesterday, but these were some of my fave books reads that I own (in order from top to bottom of the stack)
Embracing the fact that I picked up some books from the library, am in desperate need of a haircut, & taking bookstagram photos and making tik toks instead of working on a lit review for my last grad class
happy Sunday & Mother’s Day to those celebrating! In between blog & school things today (& taking blog photos embracing the messy hair life), I’m #currentlyreading ACCIDENTALLY ENGAGED by Farah Heron! I’m loving this contemporary romance following Reena, whose been set up by her parents with another Muslin man, Nadim..except this time, Reena is actually catching feelings while also pretending to be fake fiancés for a cooking competition. What are you reading today?
One of my favorite YA books of 2021 just came out yesterday - Lynn Painter’s BETTER THAN THE MOVIES! If you’re in need of a book that ties in classic rom-coms (Bridget Jones, anyone?) and adorable YA romance, then this is the book for you. BETTER THAN THE MOVIES follows high school senior and rom-com movie mega fan,Liz, who teams up with her enemy /neighbor Wes to score her childhood crush, Michael, as her prom date. This book was just so sweet and funny while still packing in so much depth. I highly recommend putting BETTER THAN THE MOVIES in your beach or pool bag this summer. My full review is up today on Fangirl Fury. Thank you to @simonteen for sending this one my way!
a romance reads weekend! I read Rosie Danan’s THE INTIMACY EXPERIMENT Friday into Saturday and I loved it! I loved Ethan and Naomi’s relationship, and the book overall featured great self-growth, sex positivity, and Jewish rep (the book revolves around rabbi Ethan’s effort to get more young congregants into his synagogue by having Naomi provide a lecture series on modern intimacy). This is now my favorite book in The Roommate series. I’m currently reading TWICE SHY by Sarah Hogle, aka another one of my most anticipated 2021 romances and I’m loving it so far.
One of my favorite YA books of 2021 comes out next week: Becky Albertalli’s KATE IN WAITING! Becky Albertalli’s latest release follows high school senior, theatre nerd, & Jewish teen Kate. Kate and her best friend, Andy, have had the crush on the same guy from theatre camp which is fine… until Matt shows up on the first day of school. As the 3 work on the school musical together, the two are left to discover if either of their feelings for Matt are unrequited after all.