All her life, Edie has known that her mom was adopted by a white couple. So, no matter how curious she might be about her Native American heritage, Edie is sure her family doesn’t have any answers.

Until the day when she and her friends discover a box hidden in the attic—a box full of letters signed “Love, Edith,” and photos of a woman who looks just like her.

Suddenly, Edie has a flurry of new questions about this woman who shares her name. Could she belong to the Native family that Edie never knew about? But if her mom and dad have kept this secret from her all her life, how can she trust them to tell her the truth now?

Christine Day’s middle grade debut, I Can Make This Promise, tells such a unique story in the genre. The book follows twelve-year old Edie, who is trying to navigate herself through friendship, her heritage, and her parents’ secrets . Edie has always known she’s half Native American and that her mother was adopted by a white family. But that’s where Edie’s mother always tends to end the conversation about their family history. When Edie finds a box full of letters and old photos of a woman who looks life her and has the same name, she starts putting together her untold heritage.

Although one trying to uncover their family’s hidden past isn’t a new trope, characters with Native American heritage is likely one of the more untold stories in middle grade and YA. I’ve read a few books about Native American culture in my college classes, but I have never encountered the culture in middle grade. I actually learned about Sacheen Littlefeather in my literature class on American imperialism, so it was really cool reading about her part in the story. That being said, I Can Make This Promise is a very educational read. This book would make for such a fantastic educational resource for young/middle grade readers who haven’t been exposed to Native American culture and their conflicts with the US government. Edie explores so many of the themes within these issues in such a relatable and simplified way. 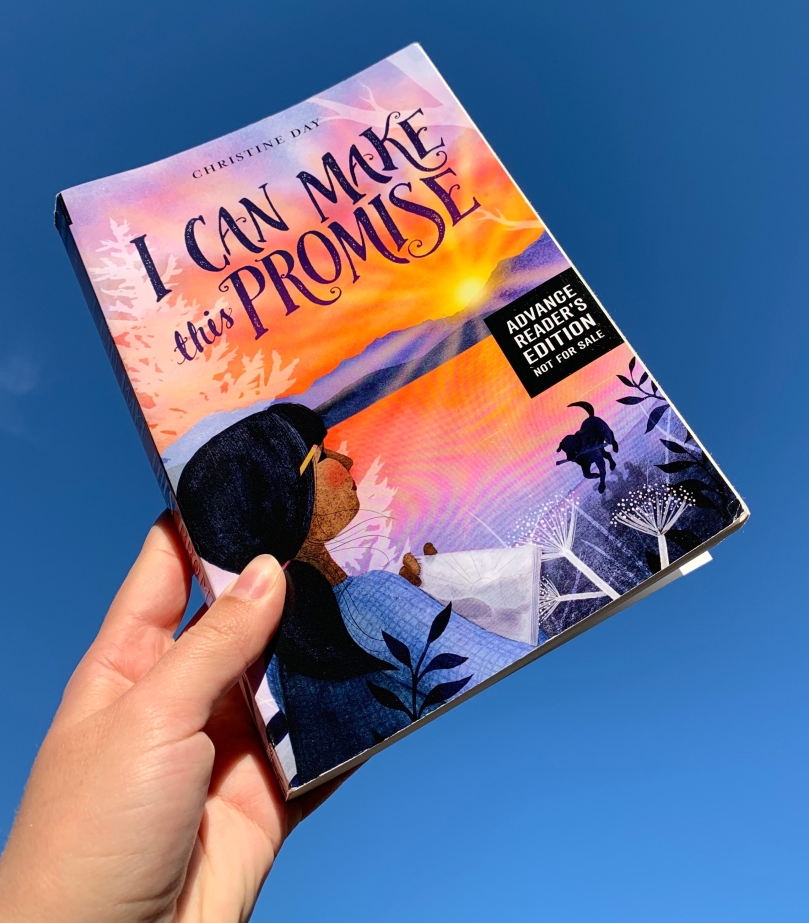 I Can Make This Promise includes some other themes common to middle grade, such as friendship and family. On friendship, Edie’s friendship with her friend Amelia did make the novel feel a bit more juvenile than I prefer in middle grade reads. I think it was meant to show that although Edie is in a unique situation when it comes to learning about her family, she can still relate to the everyday pre-teen. Regarding family, the novel is very much about family the importance of family and being able to learn about and appreciate your history. There were a few cheesy moments here and there that although may come off heart-warming to some readers, again made the novel feel  more juvenile to me. While I understand that this often comes with middle grade reads, I think because I Can Make This Promise deals with serious issues within the Native American community that there was this weird balance between the serious/real issue and ‘funny’ moments or remarks that were meant to lighten the mood.

Much of the plot is about Edie uncovering her mother’s past through the hidden box. I really liked the incorporation of letters, even though I was waiting for Edie’s parents to tell their side of the story. Her mother’s past definitely went down a sadder route than I expected, but nevertheless, it speaks to the injustice Native Americans often faced in recent history. The Seattle setting also allowed Edie to uncover more about her past, as Edie’s community is near Native communities. Before reading the book, I didn’t know that there are Native American tribes in the Seattle area. Without being too spoilery, the book’s final setting was the perfect culmination of everything Edie experiences throughout the novel and leaves readers on such a heart-warming note.

Overall, I Can Make This Promise is an important middle grade read that highlights Native American culture and heritage in a simple, but well-written and educational way. I recommend this one to middle grade readers who are looking for diverse and often untold stories.

This review is based on an advance reader’s edition provided by the publisher. By no means did this affect my thoughts and opinions.

Is I Can Make This Promise on your TBR? What have been some of your favorite middle grade reads this year? Share in the comments!

3 thoughts on “AN UNTOLD MG STORY: I Can Make This Promise Review”