August was filled with all the contemporary books (as per usual for this book nerd), focusing on a mix of new books, backlist titles, and upcoming 2019 releases.

Say You Still Love Me by K.A. Tucker 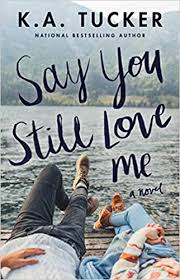 After loving K.A. Tucker’s The Simple Wild back in May, I immediately put her August 2019 release, Say You Still Love Me, on my TBR. Twenty-nine year old Piper works as a VP at her family’s multibillion-dollar release estate development firm, constantly proving her worth in a male-dominated workplace and contending with her ex-finance, another VP. Things at work become crazier for Piper when she runs into her first love from summer camp, Kyle, who apparently doesn’t even remember her name or why he never contacted her again after camp ended.

Say You Still Love Me flips between Piper’s present and her past as a summer camp counselor with Kyle. While I enjoyed this one, I wouldn’t say it brought anything new to the table. Unexpectedly running into your first love after years apart seems to be an increasingly popular trope in the new adult romance world. It’s really not my cup as a reader. I also didn’t see the chemistry between Kyle and Piper both when they were at camp and when they first reunite in the present. The summer camp provided a fun atmosphere to the story, but I was more invested in Piper’s friendships and her day-to-day over the romance. Like The Simple Wild, my favorite parts of Say You Still Love Me were the family dynamics and Piper’s career. Piper has to deal with the pressure and expectations that come with one day taking over the family business (that is if her father ever retires), while coming to terms with the secrets her parents have hidden from her since working at the summer camp. Despite the pressure, she still dominates the workplace. Through Piper, K.A. Tucker packs in great female empowerment.

You’d Be Mine by Erin Hanh

Erin Hanh’s You’d Be Mine was on my “I have to absolutely read this book in 2019” TBR. You’d Be Mine follows country musicians Clay Coolidge and Annie Mathers on their US summer tour. Despite its seemingly fun setting, You’d Be Mine is the darkest YA contemporary I have read in a while. Both characters deal with the loss of loved ones, as well as drug and alcohol addiction. Clay struggles with drinking after losing someone close to him, while Annie grown up around drugs and alcohol and has lost both of her superstar parents to suicide. Even though its less than 300 pages, it took me some time to adjust to You’d Be Mine. The dual perspective is an ever-present narrative in YA books,. While having both Clay and Annie’s perspectives allows us to get to know both of them, I found myself more invested in Annie’s storyline because she was simply more like-able than Clay.

When it comes to my reading tastes, I have come to the conclusion that I am not the biggest fan of music YA. I don’t mind music-centered stories, but I don’t find myself connecting to them as much as other reader. I find myself skimming, if not completely over, the songs. However, I did want to read You’d Be Mine because I am a country music fan. I really enjoyed the real-life references to country music, such as the CMT Awards and Johnny Cash and June Carter. I liked Annie and Clay’s chemistry together on stage, but I definitely enjoyed their time out of the spotlight more. I recommend You’d Be Mine for fans of Emery Lord’s Open Road Summer, but with the expectation that this book deals with  darker themes similar to Taylor Jenkin Reid’s Daisy Jones and the Six.

If you’ve been following my TBR posts, you’ll know that I was both excited and intimidated to read Emma Mills’ Foolish Hearts. This was the last published book of hers I still had to read. Part of my holding off was due to my need to save books by my go-to contemporary authors for mood reads, part also that I was nervous I wouldn’t enjoy this one like so many others. Foolish Hearts is definitely the most loved Emma Mills book, and I’m happy to report that it is now my new favorite book of hers. The book follows Claudia’s happenings after she overhears her school’s it-couple break up at a party. She is forced to work on her school production of Much Ado About Nothing with one of that couple, Iris, along with a very cute and very goofy guy.

I always enjoy reading Emma Mills’ books because of the dialogue and the great relationship dynamics. Her characters and friendships just feel so real. Claudia’s sarcasm and humor is quite similar to my own, which made for an even more relatable read. While she may not believe she is the most confident, she is unafraid to be herself around the tough Iris and the cutie and crush that is Gideon. She’s probably my favorite Emma Mills’ protagonist. From boy bands to online gaming, I really enjoyed the nods to various fandoms. There’s just so much to explore, from friendship to family to romance to class differences. I’ve found that not a lot happens plot wise in Emma Mills’ books, but they make for such great quiet reads. By the end, Claudia really grows as a character in the way she thinks about herself and the relationships she develops with her old and new friends.

The Dearly Beloved by Cara Wall 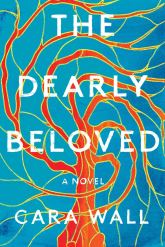 The Dearly Beloved was a book that I did not intend to pick up at this year’s Book Expo. I usually end up sharing books I had not originally intended to pick up with friends and other bloggers, but I decided to hold on to this one because of its focus on marriage and friendship. The Dearly Beloved takes place between the 1950s and 70s, as Charles and James become joint ministers at the Third Presbyterian Church. Nan is the perfect minister’s wife, while Lily would prefer to be anywhere but church. I don’t read many faith-based novels, but The Dearly Beloved provided nice juxtapositions between faith, marriage, social justice, and friendship. It wasn’t a book that I necessarily loved, but I would recommend it to those who enjoy literary fiction and don’t mind books with a decent amount of discussion about religion and faith.

A Match Made in Mehindi by Nandini Bajpai

A Match Made in Mehindi caught my attention for its match-making premise. The book follows fifteen-year old Simi, who wishes to be an artist instead of a professional matchmaker like her mother and aunt. However, Simi finds herself involved in some match-making schemes when she creates a match-making app with her best friend and brother to help her fellow classmates out.

It might be because I’ve read books lately with older YA protagonists lately, but I think A Match Made in Mehindi will more-so appeal to younger YA readers. This book has a ton of high school tropes, from the mean girl to the most popular guy in school being set up with the new girl from Simi falling for someone else instead of the guy right in front of her. Simi is a pretty mature character, but she finds herself in some juvenile situations or scenarios she could have just avoided in the first place. I did appreciate the focus on Simi’s family and their Indian cultural traditions. I loved reading about the family match-making business and it was really fun to see Simi involved in it herself. Overall, I think A Match Made in Mehindi is a good choice for readers looking for books with an Indian MC and culture, but don’t mind putting up with some more juvenile or basic YA situations and tropes. 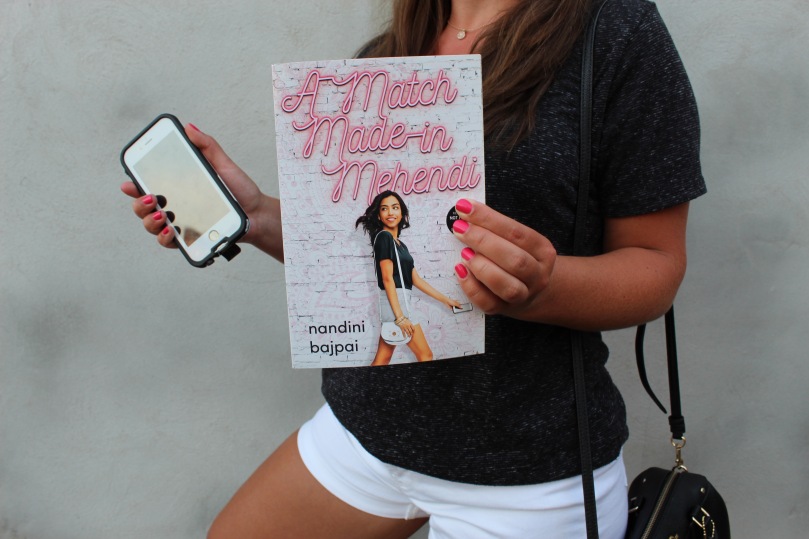 Have you read any of the books above? What did you read in August? Share in the comments!