One of the best parts of the summer is being able to read, swim, read, and tan. Did I mention reading outside in the summer is my favorite thing ever? My reading plans in July primarily focused on Book Expo ARCs and some necessary (summer) contemporaries. I actually read my three most anticipated books of the year this month, and I found myself craving more adult books and romance in July than usual! I definitely blame the latter for my love for the Off-Campus series by Elle Kennedy this year—I recently bought the first book in the spin-off series, The Chase.

I enjoyed The Start of Me and You even more the second time around! And like the first time around, I spent a lot of time reading it and floating around my pool.

This was a solid sequel to The Start of Me and You, but I wasn’t as in love as I hoped I’d be.

Love and Other Words by Christina Lauren | 3.5/5

I liked how Love and Other Words flipped between the past and the present, but I feel like the book didn’t really bring anything I hadn’t seen before.

If you thought that there could never be a thing called a ‘funny YA abortion story,’ think again and read Unpregnant when it comes out this fall.

I just knew Ninth House was going to blow me away, and it probably sounds ridiculous saying it because what else would you expect, but I found my favorite book of the year. 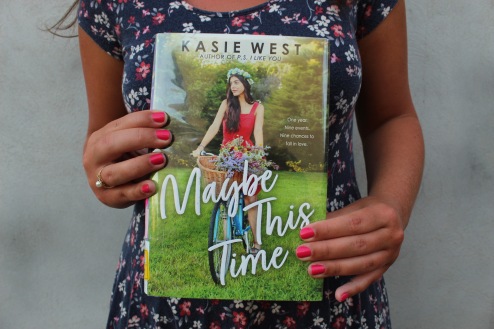 As expected because she is one of my all-time favorite authors, Jenn Bennett’s take on YA fantasy and historical fiction was everything I wanted.

In line with loving books that I really wanted to love, I found my favorite Kasie West book!

As mentioned above, I’ve been craving contemporary romance lately, which led me to Alice Clayton’s Hudson Valley series. This trilogy has plenty of friendship, food and steamy romance to go around 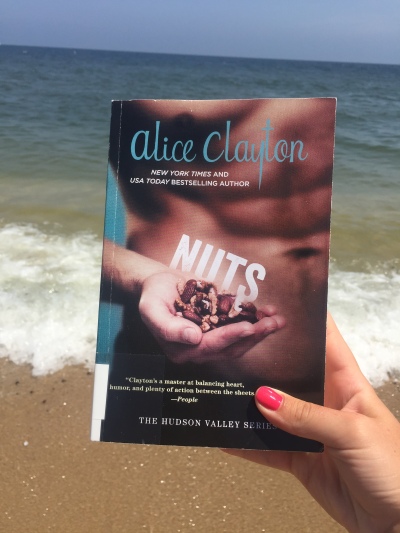 The Fountains of Silence by Ruta Sepetys (ARC) | 5/5

I’ve been waiting over two years for Ruta Sepetys’ upcoming novel and once again, I was blown away by her beautiful and important storytelling.

DNF: Permanent Record by Mary H.K. Choi. Major unpopular opinion here, but I was not a huge fan of Mary H.K. Choi’s Emergency Contact last year. Since so many people love her work and I’m always up for giving authors a second chance, I decided to try reading her upcoming release, Permanent Record. I really did not enjoy the writing style and Pablo’s narration/ him as a character. I read the first 120 pages and decided that it was just not the book for me.

Big Little Lies S2 (HBO) – I think I forgot to mention in last month’s wrap-up that I had started watching Big Little Lies S2. As much as I loved S1 and I did look forward to watching a new episode every week this season, overall S2 felt so unnecessary?! While the show dives deeper into big issues, like sexual and physical abuse, I felt some of the storylines were really unnecessary and the more I think about it, the more their lives would have been easier if they didn’t tell the lie. But will I watch a possible third season? Of course!

Outdaughtered S5 (TLC)- My favorite comfort reality show also returned this summer. Outdaughtered is just one of the cutest shows ever and I’m a little sad that this season was only 8 episodes.

The Man in the High Castle S1 & S2 (Prime)- I’ve been leaning towards shorter and fluffier TV shows this summer (and avoiding hour long shows as much as possible), but I decided to dive into one of the shows on my to-watch list, The Man in the High Castle. I didn’t except to love this show as much as I did! I admit I’m not a huge fan of the sci-fi-esque aspect (don’t want to be too spoilery), but I feel like it makes the show way less predictable. However, I admit that some of the politics do go a bit over my head.

Spider-Man 2: Far From Home– Spider-Man has always been the Marvel superhero I’ve been the most invested in, and like many, Tom Holland is my favorite Spider-Man. Far From Home was so good, easily becoming my favorite Marvel movie. I don’t know how we are going to wait two years for the sequel!

The Hate U Give- I finally watched The Hate U Give! I was really impressed with this movie and I loved the Angie Thomas cameo. My main/only complaint was that it felt (and somewhat was) very long.

The Man in the High Castle S3 (Prime)

BEING IN LOVE WITH THIS BOOK: If I’m Being Honest Review

WISH I LIKED IT: Again, but Better Review

Books I Refuse to Lend

What did you read and watch in July? Share in the comments!

I am SO happy it’s summer reading season, but I fortunately read so many great books this spring! I of course had to give another spotlight to one of my fave YA books of the year that just came out this week, WE CAN’T KEEP MEETING LIKE THIS by @rlynn_solomon . I shared more books on the blog yesterday, but these were some of my fave books reads that I own (in order from top to bottom of the stack)
Embracing the fact that I picked up some books from the library, am in desperate need of a haircut, & taking bookstagram photos and making tik toks instead of working on a lit review for my last grad class
happy Sunday & Mother’s Day to those celebrating! In between blog & school things today (& taking blog photos embracing the messy hair life), I’m #currentlyreading ACCIDENTALLY ENGAGED by Farah Heron! I’m loving this contemporary romance following Reena, whose been set up by her parents with another Muslin man, Nadim..except this time, Reena is actually catching feelings while also pretending to be fake fiancés for a cooking competition. What are you reading today?
One of my favorite YA books of 2021 just came out yesterday - Lynn Painter’s BETTER THAN THE MOVIES! If you’re in need of a book that ties in classic rom-coms (Bridget Jones, anyone?) and adorable YA romance, then this is the book for you. BETTER THAN THE MOVIES follows high school senior and rom-com movie mega fan,Liz, who teams up with her enemy /neighbor Wes to score her childhood crush, Michael, as her prom date. This book was just so sweet and funny while still packing in so much depth. I highly recommend putting BETTER THAN THE MOVIES in your beach or pool bag this summer. My full review is up today on Fangirl Fury. Thank you to @simonteen for sending this one my way!
a romance reads weekend! I read Rosie Danan’s THE INTIMACY EXPERIMENT Friday into Saturday and I loved it! I loved Ethan and Naomi’s relationship, and the book overall featured great self-growth, sex positivity, and Jewish rep (the book revolves around rabbi Ethan’s effort to get more young congregants into his synagogue by having Naomi provide a lecture series on modern intimacy). This is now my favorite book in The Roommate series. I’m currently reading TWICE SHY by Sarah Hogle, aka another one of my most anticipated 2021 romances and I’m loving it so far.
One of my favorite YA books of 2021 comes out next week: Becky Albertalli’s KATE IN WAITING! Becky Albertalli’s latest release follows high school senior, theatre nerd, & Jewish teen Kate. Kate and her best friend, Andy, have had the crush on the same guy from theatre camp which is fine… until Matt shows up on the first day of school. As the 3 work on the school musical together, the two are left to discover if either of their feelings for Matt are unrequited after all.