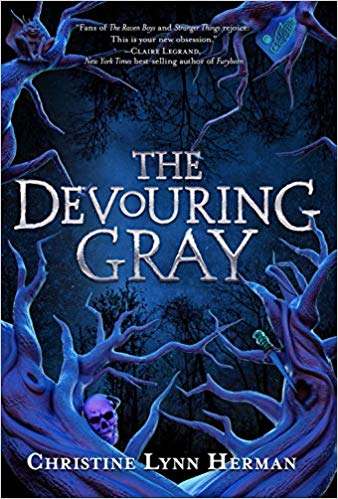 Summary (from the publisher): Branches and stones, daggers and bones,
They locked the Beast away After the death of her sister, seventeen-year-old Violet Saunders finds herself dragged to Four Paths, New York. Violet may be a newcomer, but she soon learns her mother isn’t: They belong to one of the revered founding families of the town, where stone bells hang above every doorway and danger lurks in the depths of the woods.

Justin Hawthorne’s bloodline has protected Four Paths for generations from the Gray—a lifeless dimension that imprisons a brutal monster. After Justin fails to inherit his family’s powers, his mother is determined to keep this humiliation a secret. But Justin can’t let go of the future he was promised and the town he swore to protect.

Ever since Harper Carlisle lost her hand to an accident that left her stranded in the Gray for days, she has vowed revenge on the person who abandoned her: Justin Hawthorne. There are ripples of dissent in Four Paths, and Harper seizes an opportunity to take down the Hawthornes and change her destiny-to what extent, even she doesn’t yet know.

The Gray is growing stronger every day, and its victims are piling up. When Violet accidentally unleashes the monster, all three must band together with the other Founders to unearth the dark truths behind their families’ abilities—before the Gray devours them all. 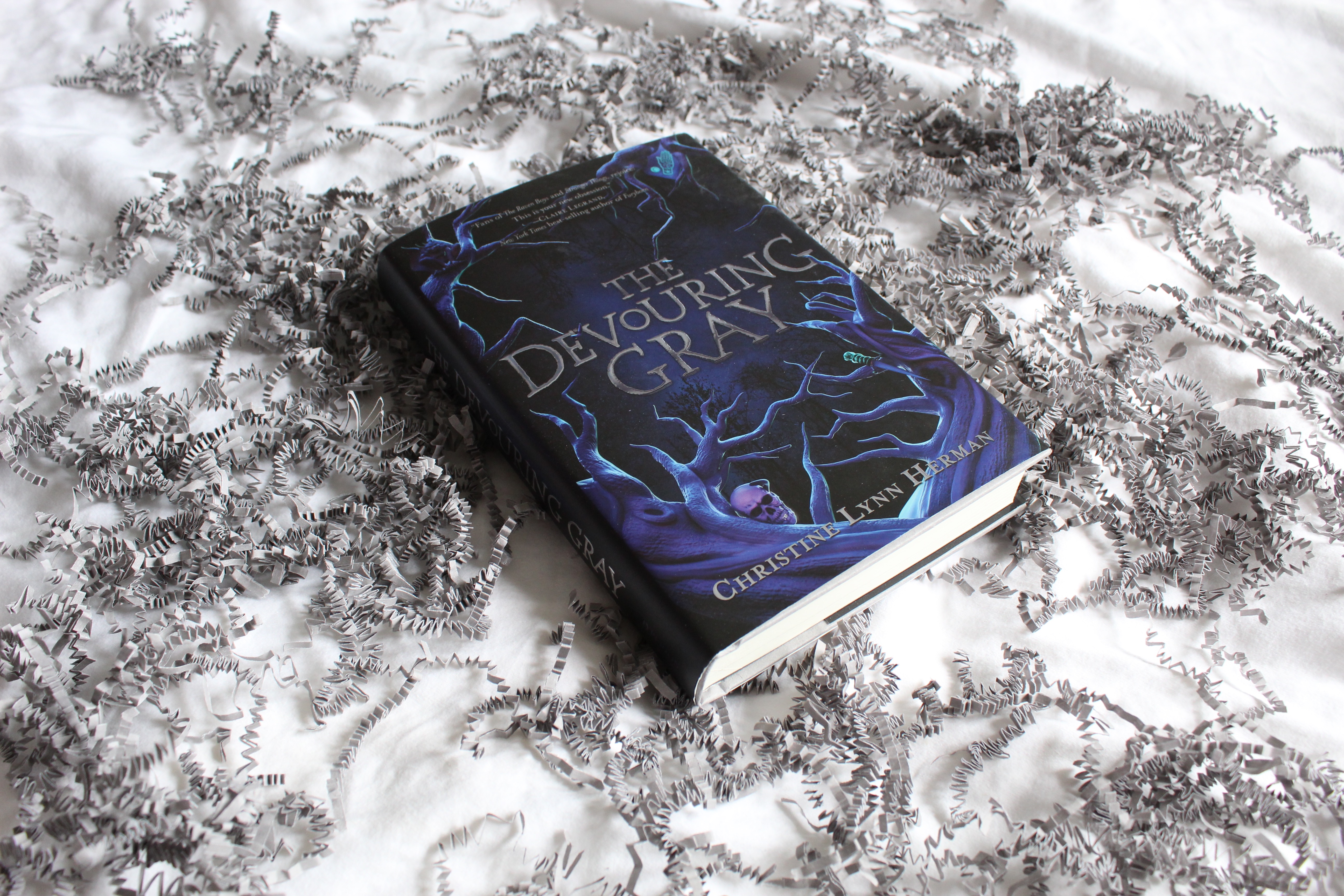 Christine Lynn Herman’s The Devouring Gray has received much love and excitement from many bloggers and BookTubers I follow. As much as I love my contemporary reads, I’ve been trying to add in some other genres into my TBR this month. The Devouring Gray is hard to categorize as a genre, but I think it falls in between fantasy and thriller. The town of Four Paths could be any upstate NY town, but its magical past and present begs to differ.

This April 2019 debut has often been called a must-read for fans of Riverdale, Stranger Things, and The Raven Cycle. I’m a mild fan of the first two. This is the contemporary coming out in me but I still wish Riverdale was less dark and more cheery like the comics – Season 2 was also just a hot mess. I can’t figure how I still haven’t watched S2 of Strangers Things. However, I can confirm that this story definitely meets both shows vibes. And mind you that I am not the biggest The Raven Cycle fan, but the The Devouring Gray has a similar atmosphere that I absolutely loved. The writing style was just so accessible and I found myself falling in so easily (just like Riverdale!).

I thought it would actually take me some time to settle into The Devouring Gray, but I enjoyed the story from the start. Especially in the beginning, there’s a nice balance between Violet’s adjustment to Four Paths and the increasing mystery and drama in the town. I didn’t mind having all the three perspectives. While I would say this book focuses more on Violet, I did enjoy Justin and Harper’s chapters more. Again, more so in the beginning, but Justin and Harper’s perspectives touched more on Four Paths’s history, magic and the Gray included. I also was also just so intrigued by the former friends’ past. I liked how Christine Lynn Herman just didn’t lay out their past drama in the very beginning.

For someone who’s usually not interested in books with supernatural elements, I just loved learning about the magic! I liked how each family had their own power and each member had their own unique ability. I wish there was a little bit more exploration of the Beast, the monster that lives in the Gray. I felt like the conflict surrounding both the Beast and the Hray was resolved a bit too quickly, but I’m sure it is something the next installment will address.

Throughout the entire cast of characters, there is bi- and disability representation. Outside from the magical/thriller elements, there is also much exploration on the loss of loved ones and grief, as Violet and Issac each especially deal with the two. Issac easiyl steals every reader’s heart- the guy is almost always carrying a good book and a joke with him. Without being too spoilery, I’m wondering if the sequel will add a fourth perspective or replace one of the three. There’s definitely a lot more to be explored, but I am very much on board for a sequel- even though I need it ASAP)!

I normally wait to read thriller-esque reads until the fall- there’s just something about reading creepy books around Halloween- but I recommend picking up The Devouring Gray anytime of year.

This review is based on a finished review copy provided by the publisher. By no means did receiving this book affect my thoughts or opinions. Thank you Disney Book Group & Big Honcho Media!

Is The Devouring Gray on your TBR? What are some of your favorite eerie reads? Share in the comments!

One thought on “SPOOKY SPRING READ: The Devouring Gray Review”