Since Wildcard is the second and final book in Marie Lu’s Warcross duology, there will be no summary for Wildcard today! Just know that this duology takes place in a not-so futuristic society where everyone is obsessed with the virtual reality game, Warcross, created by the young, intelligent & handsome- can you tell I’m drooling?- Hideo Tanaka. Warcross is a way of life,especially for teenage bounty hunter Emika Chen. When Emika accidently glitches herself into the Warcross Championships, she receives a job offer from Hideo himself to figure out a security breach within the game. 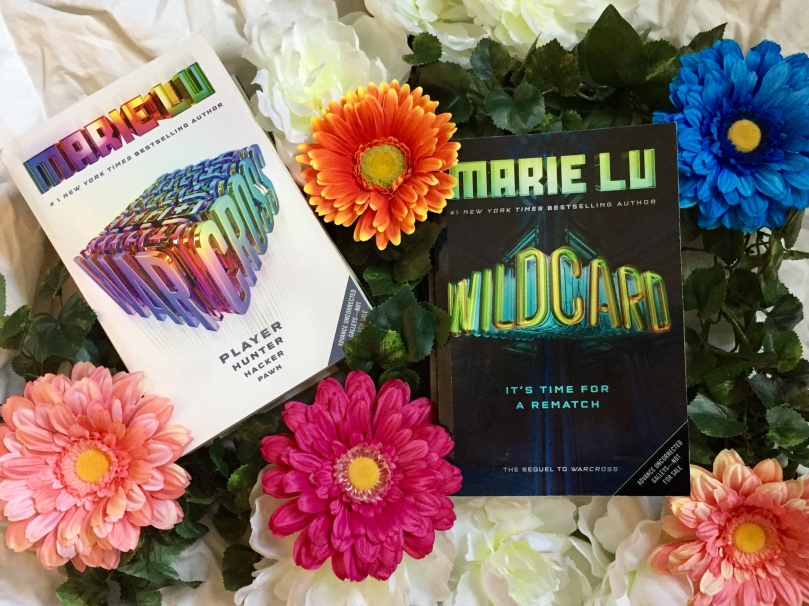 Warning: There are WARCROSS spoilers below

Wildcard picks up three days after the ending of Warcross. After Hideo reveals his morally-corrupt algorithm, Emika is left to decide if she should work with Zerp. I am here to say that even before I was halfway through this sequel, I am still very much in love with Hideo and still a hardcore Emika and Hideo-shipper.

In the colorful world of Warcross, Hideo is such a morally gray character, but what overshadows this flaw is his love for his brother. At first, I was a bit confused as to why Zero and Sasuke were referred to as separate individuals, but it is soon explained within Marie Lu’s incredible world-building and plot development.

If you were fascinated by the world-building in Warcross, then you are in for a big treat in Wildcard. In my opinion, Wildcard delves more into the futuristic and technological side of things , but the world is quite easy to understand. There were so many parts during this book when my hand flew to my mouth BECAUSE I COULDN’T BELIEVE WHAT THE FORK WAS HAPPENING (can you also tell that I’m ready for The Good Place S3?).

And where would Warcross & Wildcard be without our kickbutt Emika Chen?? It’s really fun exploring this world alongside Emika in both installments, and we definitely join Emika on her fair share of action in Wildcard. I laughed out loud at the following observation from Emika during one of her explorations: 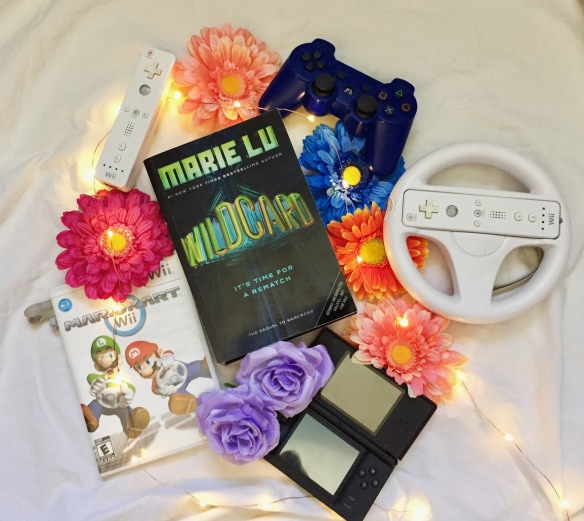 Emika isn’t our only kickbutt character in this series. My favorite new character is Jax, who is equally kickbutt and has an insane past of her own. Wildcard also reunites us with the Phoenix Riders and Tremaine. I liked having them as Emika’s go-to support group from the start. Asher, Hammie, Roshan, and Tremaine each experienced significant character development alongside Emika and Hideo. This largely has to do with the use of Memories. While it was often a breach of privacy, going back to their pasts explained a lot about their well, character! Throughout, Marie Lu shows that while technology has its perks , there are definitely some benefits to going unplugged.

While I’m sad to depart from this series, I was really satisfied with Wildcard’s ending. We leave our characters in a (mostly) good and realistic place. It’s fun to imagine what their future will like. BUT IF MARIE WANTS TO GIVE US A NOVELLA OR BOOK OR ANYTHING ELSE, I MORE THAN APPROVE!

This review is based on a galley. By no means did being provided this galley affect my thoughts or opinion.

Have you read Warcross or Wildcard? Share in the comments!