After recently reading and enjoying Sandhya Menon’s latest novel, From Twinkle, With Love, it made me think about some of the movies that I’ve been watching lately. Since I don’t have as much time as I’d like to read during the school year, I use the summer to take a little bit of a break from TV & movie-watching to catch up on ALL the books. But this doesn’t mean that I don’t enjoy having a Netflix marathon on a cloudy day or catching up on a TV show before bed. BECAUSE I DO!

From Twinkle, With Love follows aspiring filmmaker Twinkle Mehra who has plenty of stories and universes for people to see on screen. When fellow film geek Sahil Roy asks Twinkle to direct a movie for an upcoming arts festival, Twinkle jumps on the opportunity to not only put her moviemaking skills to the test, but to get closer to her longtime crush, Neil, who also happens to be Sahil’s twin brother. From Twinkle, With Love is largely told through Twinkle’s letters to her favorite female filmmakers and coincidentally, my latest movie watches have all been female-centered!

Little Women– Little Women is one of my most memorable childhood books, so when I saw the 1994 adaptation pop up on Netflix, I knew that it was fate telling me it was time for a rewatch! I just love this story so much—can I be Jo March when I grow up??—and I really like the cast in this adaptation. While Little Women takes place during the Civil War era, I love movies made in the ‘90s and it was fun seeing a young Winona Ryder and Kirsten Dunst on screen.

Marie Antoinette – Soon after watching Little Women, Marie Antoinette popped up on my recommended for you list on Netflix. I had never heard of this movie based on you guessed up, the Queen of France herself, who’s played by Kirsten Dunst. I admit that not a lot happens in this one, but I enjoyed seeing Kirsten play Antoinette and seeing how Antoinette’s life changed, living in French royalty and adjusting to their traditions and expectations. There’s a slight quirkiness that I really appreciated—for example, no one speaks in “old” language and there’s a lot of modern music throughout! It was also very cinematic with all of the amazing shots of Versailles and historical costumes.

Ocean’s Eight- Ocean’s Eight was one of my most anticipated movies of 2018 and being a big fan of Ocean’s Eleven, I’m happy to say that I loved Ocean’s Eight so much! If you love the heist side of things in Leigh Bardugo’s Six of Crows, you will love this movie. The female cast was absolutely phenomenal (Sandra Bullock, Anne Hathaway, Rhianna, Mindy Kaling to name a few…) and like Ocean’s 11, I found myself asking HOW the entire time!! I also enjoyed the references to Ocean’s 11, and I still believe that Danny Ocean is not dead. Can this be an excuse to get a sequel with our female cast, please?? 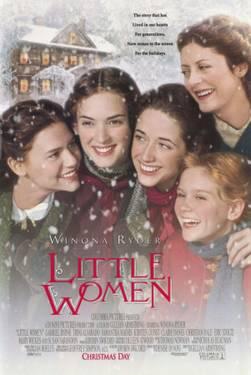 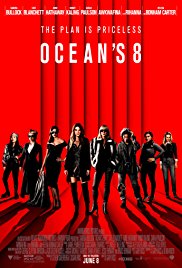 From Twinkle, With Love Mini Review:

I read Sandhya Meon’s debut novel, When Dimple Met Rishi, last summer, and I knew that From Twinkle, With Love would be the perfect way to kick off summer.

However, I admit that especially in the beginning, I had trouble adjusting to the book’s format. I love Twinkle’s admiration of female filmmakers, but I think her narration without the letters would’ve allowed us to get the same sense of her voice. We also get Sahil’s POV from his text messages with his best friends. Even though I liked also getting some of Sahil’s voice, I also found myself confused trying to tell who was who in his text messages to Aaron and Skid.

Format aside, I really enjoyed this story and like When Dimple Met Rishi, Sandhya Menon gave us such unique and creative protagonists with Twinkle and Sahil. It was fun seeing their movie and romance come to life, and by the end, what reader doesn’t have a crush on Sahil?? I also loved getting to know Twinkle’s family alongside her Indian upbringing—if I started a Youtube channel, would Dadi also create three accounts just to subscribe to me??

I liked how social Twinkle becomes by the end of the book. However, the drama beforehand does feel quite high school. Although her best friend, Maddie, is often in the wrong and Twinkle recognizes her own faults eventually, I didn’t understand how Twinkle thought some of her actions and words were okay?? Listen to your moral compass, Sahil, please!

Overall, I enjoyed From Twinkle, With Love for its unique and fun story (which did keep me up late into the night to continue), and I’m definitely anticipating Sandhya’s When Ashish Met Sweetie.

Have you read From Twinkle, With Love? What movies have you watched lately? Share in the comments!

3 thoughts on “Movies I’ve Watched Recently: Inspired by From Twinkle, With Love”