I was tagged by Danielle from Life of a Literary, whose book blogging game is always on point, to do the Disney Princess Sidekicks Book Tag. The title may be a mouthful, but it’s an exciting one from this Disney fan. Throughout this summer, I’ve been channeling my inner Moana (my dog is my Pua) at the beach and by the pool, singing “How Far I’ll Go” for all my neighbors to hear, even if my siblings go under water out of embarrassment! This tag was created by Mandy from Book Princess Reviews.

MUSHU FROM MULAN/OLAF + SVEN FROM FROZEN

THE COMIC RELIEF – NAME YOUR FAVORITE HILARIOUS CHARACTER OR YOUR FAVORITE COMEDY/FUNNY BOOK – Appa from Maurene Goo’s I Believe in a Thing Called Love. I’m a sucker for dad humor, and Appa’s cuteness more than helps matters. 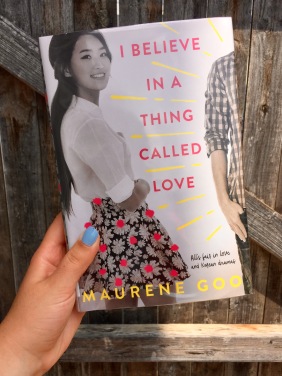 THE SEVEN DWARFS FROM SNOW WHITE

FAVORITE GROUP/ENSEMBLE- I’ve read many books with fantastic group ensembles, but one that comes to mind (AND ONE THAT I HAVEN’T MENTIONED IN A WHILE SO IT’S OVERDUE) is the cast of V.E. Schwab’s Vicious. I’ll take Eli and Victor and Sydney and Dol and Mitch ANYDAY. *not so patiently awaits Book 2*.

THE LOYAL CHEERLEADER CHAMELEON (NOT A FROG, FLYNN RIDER) – NAME A BOOK THAT STARTED OUT ONE WAY BUT CHANGED FOR YOU-  The Museum of Intangible Things by Wendy Wunder. Unfortunately, this book went from exciting to weirdom and a bit boredom for me. This book follows two best friends’ quite spontaneous getaway across the US, and as someone who joins in on any love for Morgan Matson’s Amy and Roger’s Epic Detour , I get very excited about books about road trips. However, the plot got very bizarre once Hannah and Zoe leaving their hometown, including Zoe’s fascination with aliens.

POCAHONTAS’S SLY AND SNEAKY RACCOON FRIEND – NAME A PLOT TWIST THAT YOU DID NOT SEE COMING- I try to avoid finding out that a book has a plot twist as much as I can, so for this one, I’m going with a book that is well-known for its plot twist (not to mention one that even I DID NOT see coming– the more you read, the more you pick up on these things), We Were Liars by E.Lockhart.

RAJAH FROM ALADDIN / FLOUNDER FROM THE LITTLE MERMAID

GENTLE WITH THEIR PRINCESS BUT PROTECTIVE WITH EVERYONE ELSE – NAME YOUR FAVORITE BEST FRIEND IN A NOVEL- Jilly from Sarah Dessen’s Once and For All. I hope that Sarah writes a book all about Louna’s best friend’s food truck and babysitting shenanigans.

LOUIS FROM THE PRINCESS AND THE FROG / SEBASTIAN FROM THE LITTLE MERMAID / COGSWORTH, LUMIERE, MRS. POTTS, & CHIP FROM BEAUTY AND THE BEAST

THE MUSICAL BUNCH – NAME A NOVEL WHERE MUSIC PLAYED A BIG PART OR MADE YOU WANT TO SING ITS PRAISES- This Savage Song by Victoria Schwab. This Savage Song is both a book where music plays a big role, as August finds power and comfort in his violin, and where I have continue to sing its praises. 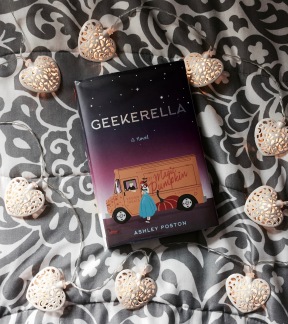 THE OBSTACLE IN FLYNN RIDER’S WAY – NAME A CHARACTER THAT FACES A LOT OF OBSTACLES- Elle from Geekerella by Ashley Poston.  As Elle fights against her stepmother and step sisters, she finds that having a dog and a friend with a food truck is more than helpful.

FAVORITE FAMILY DYNAMICS IN A NOVEL- The Blair family from Taylor Jenkins Reid’s One True Loves. They own a bookstore for crying out loud!!! I don’t just love the Blairs for their bookstore, rather I love their support for one other and their goal of keeping their family together as much as they can (you better believe that the books help!).

THE ADVICE GIVERS – BOOK THAT MOST IMPACTED YOUR LIFE- The Hunger Games by Suzanne Collins. It wasn’t so much the story that impacted my life (even though today’s world seems more and more headed into a dystopian tale), but rather it was my experience with it. I read THG the same year as its film release, and I doubted that I would even like it (even 13-year old Fangirl was afraid of the hype). As you may or may not have guessed, I fell in love with The Hunger Games and ate up the trilogy, and I consider it one of my very first fandoms . After seeing the first film adaptation with me, my dad even read them!! It was very bittersweet for the films to come to an end during my senior year of high school.

NAME A CHARACTER THAT STEALS THE SHOW- They can be just a tad (INSANELY) creepy, but AIDAN from Illuminae by Amie Kaufman and Jay Kristoff.

OPPOSITES ATTRACT – NAME YOUR FAVORITE OR WORST OPPOSITE ATTRACTS PAIRING- One of my favorite opposite attracts paring is Cath and Jest from Marissa Meyer’s Heartless.

Tag, you’re it! If you have a love not only for Disney Princess sidekicks and books, but this book tag, you’ve been tagged!

Whose your favorite Disney princess sidekick? Share in the comments!