Summary: Sixteen-year old and not-so-openly gay Simon Spier enjoys participating in the school musical and emailing with Blue, the pen name of another not-so-openly gay guy at Simon’s school. But when class clown Martin comes across Simon’s emails, Martin blackmails Simon into helping him date one of their friends. If Simon doesn’t play wingman, Martin will reveal Simon’s sexual identity and his emails with Blue. Filled with humor, love, and suspense, Simon vs. the Homo Sapiens Agenda follows Simon and his friends’ suddenly complicated junior year. 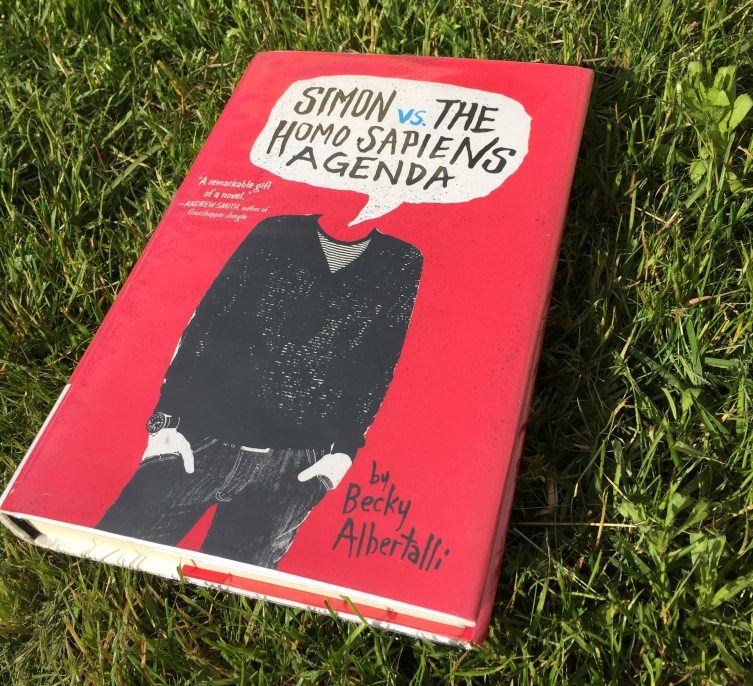 My Thoughts: **Warning: there are spoilers for Simon vs. the Homo Sapiens Agenda below**

I admit, it took me a while to pick up Simon vs. the Homo Sapiens Agenda because I was a bit scared by all the hype surrounding the book. I wasn’t totally sold by the premise of the novel, and I didn’t want to be the one person not to like this book. However, I’ve been really interested in Becky Albertalli’s latest release The Upside of Unrequited, and while you don’t need to read Simon to read Upside, there’s apparently a Simon reference in the newer release. Despite my fear of not liking Simon, I ended up really enjoying the book and read it within two days!

I loved how Martin’s blackmailing started on the very first page of the book because we jumped right into the plot. We didn’t need the first two chapters or so just to set up Simon’s life, rather we learned about our main character as he faced his dilemma. I figured that it would have been too predictable to have Martin be Blue, and as much as I loved the idea of Cal and Simon together, it just would have been too convenient. I actually predicted Bram as Blue about halfway into the novel, after Simon learned that Blue was Jewish (Abraham is a traditionally Jewish name). 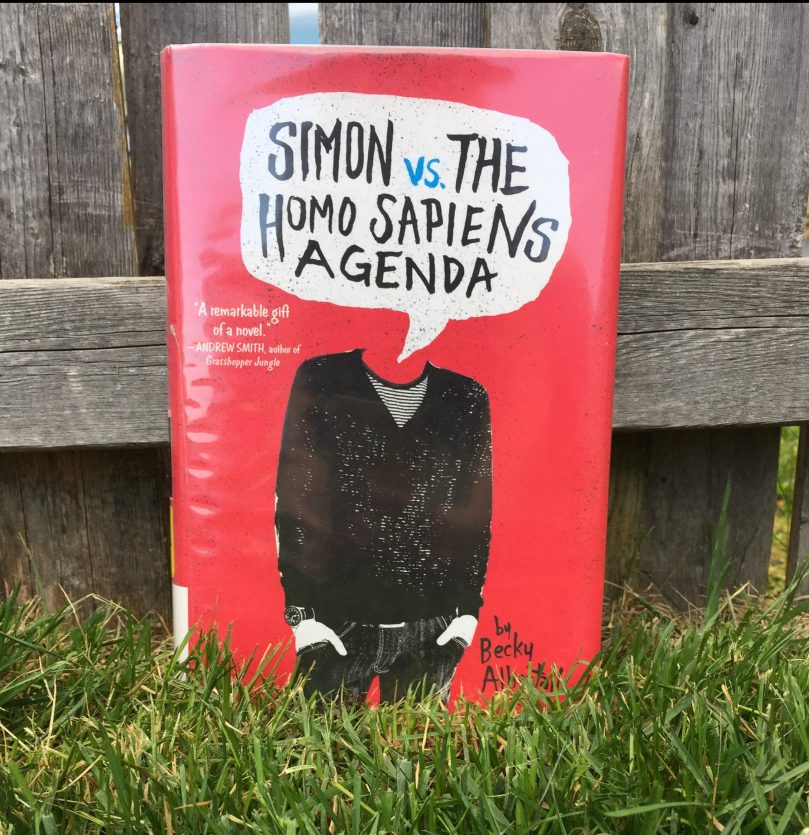 I also enjoyed reading about Simon’s family and friends. I loved how close Simon’s family is, and it makes me sad that Simon was nervous about coming out to them, as they were totally supportive of him no matter what. I loved his friendship with Nick and Leah because they were all just so comfortable with one another, playing videogames with Bieber in Nick’s basement. One of my few ‘disappointments’ about the novel was the lack of Oreos! Whenever people talk about Becky Albertalli or her books, Oreos almost always become a topic of conversation. Yes, Oreos were in the novel (and on the cover), but there just wasn’t an abundance. I wanted Blue/Bram to show up with a bouquet full of Oreos for Simon, but in the end, I wouldn’t expect Nabisco to become the sponsor of the novel.

I’m looking forward to the Simon vs. the Homo Sapiens Agenda film adaption (even though I’m sad that it’s not coming out until 2018), and Becky Albertalli’s next release, also slated for 2018, will be told from the perspective of Leah and will be the sequel to Simon. I’m really excited for this book as well because Leah was one of my favorite characters in Simon and I wish we had more interaction with her.

Have you read Simon vs. the Homo Sapiens Agenda? Share your thoughts in the comments!

3 thoughts on “Review: Simon vs. the Homo Sapiens Agenda by Becky Albertalli”